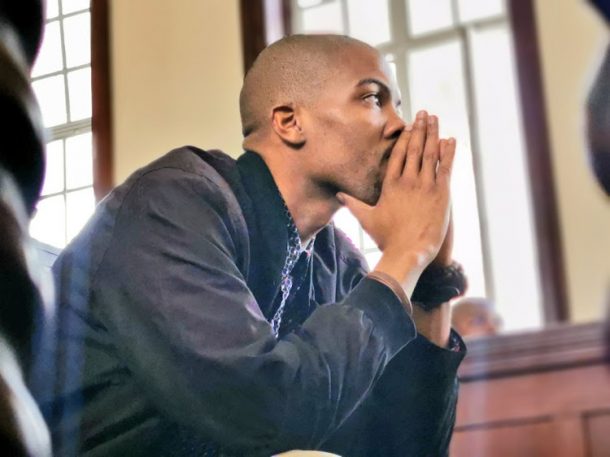 The Johannesburg magistrate’s court on Monday dismissed an application by Fees Must Fall activist Kanya Cekeshe for leave to appeal against his 2017 conviction.

The court also refused Cekeshe’s bail application‚ pending an application in the high court against both his conviction and sentence for public violence and malicious damage to property.

Cekeshe has been in Leeuwkop prison since December 2017 after being sentenced to an eight-year prison term – three of which were suspended – for public violence and malicious damage to property.

He pleaded guilty to setting a police vehicle alight during a #FeesMustFall protest in 2016.

In June‚ Cekeshe petitioned the high court in Johannesburg to appeal his conviction and sentence. He had argued that he did not get a fair trial. That matter is still to be heard.

One of the reasons for claiming an unfair trial was that his previous advocate had not represented him well.

In dismissing his application for leave to appeal against conviction‚ magistrate Theunis Carstens said Cekeshe had admitted to all allegations made against him when he pleaded guilty in September 2017.

On the claim of alleged incompetence by his previous legal counsel‚ Carstens said the general rule was that a litigant was bound by what was done by his legal representatives.

Carstens said if Cekeshe had been dissatisfied with the quality of legal advice he had received‚ he should have raised objections against the advocate after his sentence in December 2017.

Carstens said this did not happen as he used the same counsel in his failed application against sentence in 2018.

He said it was not in the interests of justice to grant bail to Cekeshe as he had denied him leave to appeal against his conviction.

Cekeshe’s counsel‚ Tembeka Ngcukaitobi‚ indicated to Carstens he had been instructed to take Carstens’ judgment to the high court on appeal.