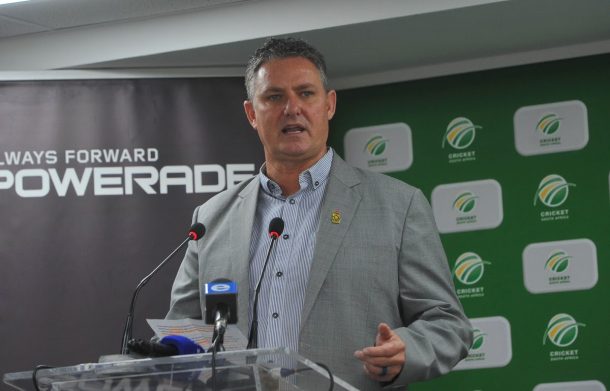 Dr. Jacques Faul is expected to continue in his role as Cricket South Africa’s (CSA) acting chief executive officer beyond the expiry of his short six-month contract next month.

Faul assumed the leadership responsibilities at the organisation in December after the CSA Board of Directors suspended chief executive Thabang Moroe‚ on full pay‚ on allegations of misconduct.

Faul joined CSA after a chaotic period in December where the organisation suspended Moroe‚ had three board members resign and lost key sponsors in the form of Standard Bank.

Asked to comment on the future of Faul‚ CSA told TimesLive in a statement that the veteran administrator will continue until the board decides otherwise.

“Dr. Faul has a mandate to oversee the rollout of the turnaround plan for CSA and he continues to diligently carry out this mandate. He will do so until the Board expresses itself on the status of this task and its related deliverables.”

CSA would not be drawn to comment on the details of the disciplinary hearing of the suspended Moroe‚ who is also approaching six months on suspension.

“With respect to the suspension of personnel by CSA‚ due to the nature of the disciplinary process involving the suspended CEO‚ we are not in any position to comment further on this specific matter.

“Nor are we able share any more granular details on the areas that are related to the forensic investigation‚ until this is completed and the report finalised. Once the forensic is complete and the findings have been tabled with the Board‚ CSA will issue a full statement in line with the recommendations of the Board.”

The Proteas are scheduled to tour the West Indies between July and August and CSA said there are no new updates on whether the senior national team will travel to the Caribbean given the risks associated with the coronavirus.

“In terms of the men’s tour of the West Indies scheduled for July and August‚ there are no further updates at this stage. However‚ the women’s and SA A tours have been postponed to a later date and should a new date be agreed upon both CSA and the West Indies Cricket Board will issue a joint notifier to this effect.”