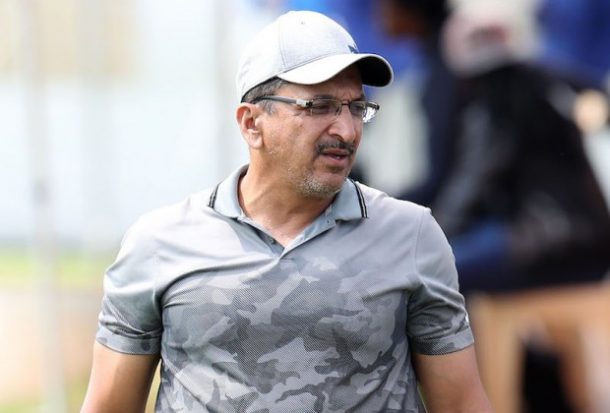 Ex-Kaizer Chiefs assistant coach Farouk Khan says his former employers have lost their culture and philosophy and this is one of the reasons behind the once mighty Amakhosi’s decline.

Khan‚ who won two league titles as assistant to the late Ted Dumitru in 2004 and 2005‚ also played a crucial role in promoting the likes of Jabu Mahlangu‚ Gerald Sibeko‚ Junior Khanye and Thabiso Malatsi.

“Chiefs had a culture which made them the Phefeni Glamour Boys and they have to search and go back to their roots. They must search for the type of players that will make sure that culture return.

“Once they have done that‚ the next thing will be to ensure that they are able to manage the game and have that element of unpredictability‚ which is so important.

“Currently when you look at the best teams in the world‚ Pep Guardiola plays with inverted full-backs. One moment you see João Cancelo playing as a right-back and the next he is playing as a striker.

“That type of unpredictability is important at the highest level because most teams have what we call match analysis and they know each other.”

Khan also lamented the fact that Chiefs doesn’t have creativity and unpredictability‚ and coach Gavin Hunt cannot be entirely blamed for their deep-rooted problems.

“Opposition coaches know what you are going to do in a game‚ like runs‚ passing and stuff like that‚ but a coach that comes with creativity will always keep you guessing.

“Creativity and unpredictability is lacking and there is also no consistency‚ which means players need to be mentally strong and know how to play as a unit and keep that yellow jersey shining.

“There is a lot of work ahead for this team moving forward‚ including at the development structures‚ because when a player is promoted he doesn’t have to come to the first teal to learn the basics. They have some young players there at the moment but there is a lot of work to be done.

“I have worked with the chairman (Kaizer Motaung) and I know that he is a great admirer and believer in ball retention‚ but this is not what we see now and it is because of many reasons. You mustn’t put the blame on the coach because he found the team the way it is.

“During those years when they used to win trophies and dominate‚ you will find about five to six players in Bafana Bafana. But today there is not even a single player who is currently playing who has been called up to national duty.

“Itumeleng Khune is not playing regularly at Chiefs and he is in the national team as a motivator.”