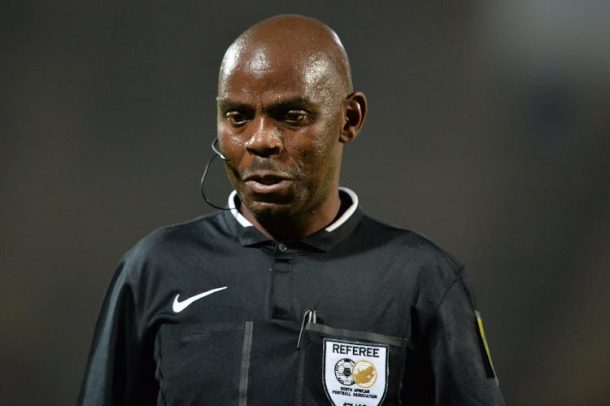 ‘Everyone has their own beliefs”: Black Leopards explain woolen chain around player’s neck

Referee Thokozani Mkhize might have erred by allowing Black Leopards substitute Xolani Ndlovu to play on with an adornment around his neck‚ eventually covered by a plaster in one of local football’s more bizarre incidents on Sunday‚ but the incident does open a question about customs‚ traditions and beliefs and their role in football.

The premiership match between Leopards and Polokwane City was halted as a white woolen chain around Ndlovu’s neck was ordered removed by the referee not long after Ndlovu had come on as a 72nd minute substitute in the game.

But the 24-year-old midfielder‚ now in his third season at the club‚ refused‚ leaving his side having to play with 10 men while he argued with the match officials.

After a few minutes‚ Leopards’ medical staff strapped the chain down under a wall of sticky plaster‚ making almost a collar for the player.

Mkhize then allowed him to come on and compete in the game.

“This is something he got from his family.

“He got seriously sick sometime back and went to a church for a cure and has worn it ever since. Everyone has their own beliefs‚” explained Leopards’ general manager Tshihiwa Thidiela.

But should he be allowed to wear anything is a question that is open to interpretation.

*A player must not use equipment or wear anything that is dangerous.

*All items of jewellery (necklaces‚ rings‚ bracelets‚ earrings‚ leather bands‚ rubber bands‚ etc.) are forbidden and must be removed.

*Using tape to cover jewellery is not permitted.

*The players must be inspected before the start of the match and substitutes before they enter the field of play.

*If a player is wearing or using unauthorised/dangerous equipment or jewellery the referee must order the player to remove the item.

*A player who refuses to comply or wears the item again must be cautioned.

It could be argued that a woollen chain is not dangerous nor is it an item of jewellery.

Ndlovu is not the first to wear something like this: players have previously worn traditional animal skin arm bracelets in domestic football.

But top refereeing expert Jerome Damon‚ now a FIFA instructor‚ says the laws applies to all items of adornment‚ even if made of wool.

“The rule is clear and it is designed for everyone to follow in that it does not discriminate or leave any loopholes. It is very emphatic‚” he told TimesLIVE.

It is the second time that this has happened to Ndlovu.

He was also told to tape it up against Bloemfontein Celtic last month.