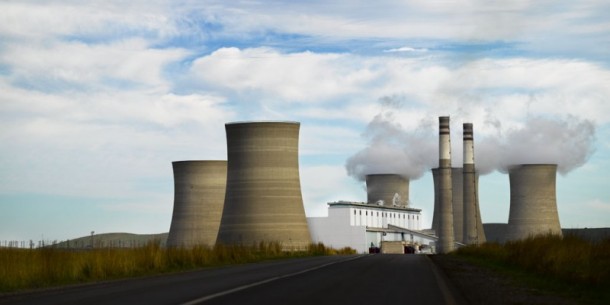 ‘Eskom is a problem child’: Scopa on procurement deviation requests worth R68.7bn in a single quarter

Eskom under the stewardship of CEO André de Ruyter is the champion of requests for deviation from normal procurement laws to the tune of R68.7bn in a single quarter of the ongoing financial year.

That is according to a National Treasury presentation tabled before the standing committee on public accounts (Scopa) on Tuesday.

Setan told Scopa deviation applications in the three quarters totalled R95bn‚ 79% of them recorded in the second quarter.

The single biggest contributor to deviation applications in Q2 was from Eskom worth R68.7bn – 97% of which was for the renegotiation of coal supply.

Members of Scopa were not pleased with Eskom.

Scopa chairperson Mkhuleko Hlengwa said Eskom needed to be whipped into line sooner rather than later.

“We will have to focus on Eskom because the coal matter remains a perennial issue. If they are now reported to be applying for a deviation of about R68bn‚ increasing substantially the value of requests National Treasury had to deal with‚ it speaks to an Eskom that has to appear before us‚” he said.

“Eskom is a problem child. I do not know what miracle we will need to get it right. If it is not load-shedding‚ it is expansions and deviations. There is a fundamental problem at Eskom. We will have to apply our minds as a committee on how we deal with those things.”

In the same second quarter‚ Eskom was followed by another SOE‚ Transnet‚ which requested deviation to the value of R2.3bn for the supply of refined fuel.

Setan said in the first quarter of the 2020-21 financial year “the biggest contributor here is the department of higher education and that is attributed to R3.7bn for the procurement of laptops to students which was also not supported”.

The third quarter was claimed by the department of health for the procurement of Covid-19 vaccines to the value of R4.3bn.

“The Passenger Rail Agency of SA was the second largest contributor for technical assistance for the condition assessment‚ rehabilitation and maintenance of network and R902m for private security services‚” said Setan.

Members expressed concern that departments and SOEs went ahead with deviations‚ even when their requests had been rejected by the National Treasury.

“There is a worrying trend that there are more deviations which are not supported by National Treasury‚ but departments and state entities proceed even though there is no support‚” said ANC MP Bernice Swartz.

Hlengwa agreed: “Something does not sit well with me. The issue of National Treasury not approving deviation requests and people unofficially proceed. We will wait for the auditor-general at some point. That cannot be right.”