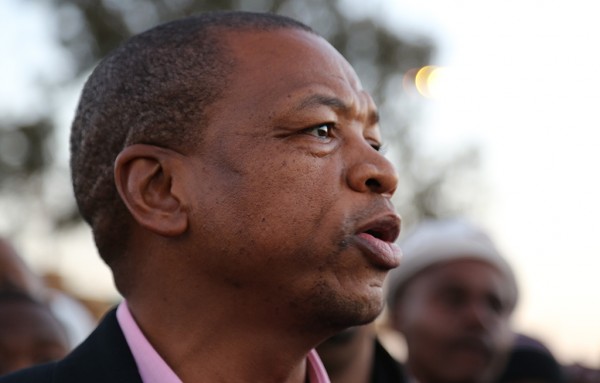 North West premier and ANC chairman in the province Supra Mahumapelo has urged the newly elected councils to work hard to ensure that the ANC is able to retain the municipalities.

He said even though his party had won‚ the province was still faced with backlogs in the provision of water‚ roads and housing.

He urged councillors to work hand in hand with government to eradicate the backlogs.

Mahumapelo was addressing the councillors at Embassy hall in Mahikeng on Monday.

He said most of the people sat at home and did not vote in the recent local government elections because councillors were not engaging with them in order to address their problems.

He said he was expecting them to be disciplined and corruption free and that they must work hard.

“Remember the position that you are in does not belong to you‚ it belongs to ANC . The ANC has just borrowed you those positions temporarily‚” he said.

Mahumapelo said the speakers of the 18 municipalities in the province must ensure that no month passes without having a community meeting in all of the 407 wards. He said the stubbornness of councillors who did not want to call community meetings was making the communities angry.

“The community decided to stay at home and not vote because they are angry but we must congratulate our communities for staying at home and not going to the opposition. They are saying to the ANC‚ we want you to come to us frequently‚ so we must listen to the community‚” he said.