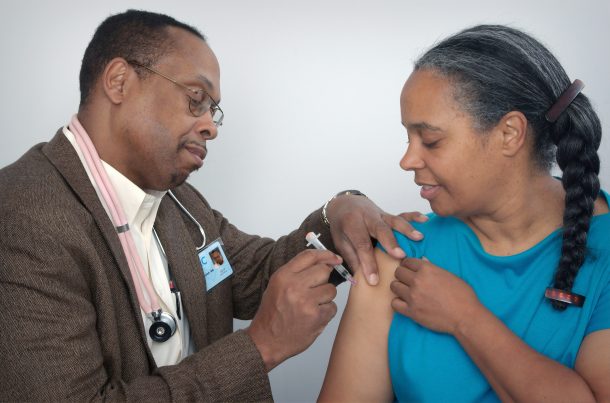 The decision to be vaccinated or not remains the prerogative of an employee who should not be forced to make a choice between an infringement of a right to bodily integrity and retaining his or her livelihood.

This is according to the National Employers Association of SA (Neasa) which represents business owners.

Neasa said while government has indicated it did not intend to make Covid-19 vaccinations mandatory‚ it may have already taken a step in that direction with the amended consolidated directive on occupational health and safety measures in certain workplaces‚ published in June.​

Though getting vaccinated remains voluntary‚ the directive provides guidelines for employers to make vaccinations mandatory but subject to certain conditions.

According to the directive‚ an employer can determine whether an employee is required to be vaccinated by identifying those employees who pose a risk of transmission or risk of severe Covid-19 disease or death due to their age or comorbidities.

Neasa’s Gerhard Papenfus and Jaco Swart said government’s new directive “is an infringement on the individual’s constitutional rights” and is not justifiable.

“In terms of this directive‚ every employer‚ excluding those who employ 10 or less employees‚ had to‚ within 21 days from 11 June‚ 2021‚ indicate whether or not it intended to make vaccinations compulsory in the workplace and‚ if so‚ had to identify those employees who‚ by virtue of the risk of transmission through their work or their risk of severe Covid-19 disease or death due to their age or comorbidities‚ must be vaccinated.

“The directive contains no indication as to the consequences for an employer who failed to make this election within the 21-day period‚ which has long expired.

“It is also unclear which sanction‚ if any‚ would befall an employer who has not made such an election‚ or whether employers may still do so after the expiry of the period.”

Papenfus and Swart believe this “seemingly innocent directive holds a number of potential legal and moral ramifications within the context of the infringement of individual rights and the termination of employment where an employee elects not to be vaccinated”.

“The most obvious infringement of rights can be found in sections 12(2) and 15 of the Bill of Rights‚ as contained in the constitution‚ which deals with the right to bodily integrity and the right to freedom of religion‚ belief and opinion‚ respectively.

“There can be little doubt mandatory vaccination infringes on these rights and this much is acknowledged in the directive itself.

“It can easily be argued that the government has done no more than to require an employer to decide whether it will implement a mandatory vaccination policy in its workplace.”

They said issues may come into play‚ including a legal obligation by an employer to provide a safe and healthy working environment in terms of the Occupational Health and Safety Act (OHSA).

Papenfus and Swart said “should an employer decide not to implement mandatory vaccinations‚ it may well be argued it has fallen foul of its obligations in terms of the OHSA‚ and may face penalties which may include fines and imprisonment”.

“If this is so‚ does an employer really have any ‘free’ choice in this matter as it is left with a choice of either being non-compliant with the OHSA or implementing mandatory vaccinations?

“Despite the fact that the employer has mandated vaccinations‚ the directive allows an employee to elect not to be vaccinated‚ based on constitutional grounds. However‚ it is clear from the directive that an employer may be able to terminate the services of such an employee.

“Therefore‚ again‚ what are the choices for an employee? Either agreeing to a vaccination or risk losing your livelihood. This does not seem like much of a choice at all.

“The real issue is that to receive a vaccination or not should be the choice of each individual‚ and the rights to bodily integrity and freedom of religion‚ belief and opinion‚ cannot be justifiably limited under the circumstances set out in the directive‚ where the motive‚ purpose and efficacy of such limitation is difficult to discern.”

Papenfus and Swart said a “further danger for employers is that the directive itself‚ and the Labour Relations Act‚ create an excessively heavy burden that employers would have to discharge to prove the fairness of a dismissal under these circumstances.

“Government has created the situation‚ but employers will be left ‘holding the baby’.”

Jan Truter of Labourwise said: “Though mandatory vaccinations in the workplace may be justified in certain circumstances‚ it remains a highly controversial and emotive matter.

“Employers have to undertake a thorough risk assessment before implementing a mandatory vaccination policy.

“The services of employees who refuse to be vaccinated may be terminated in certain circumstances‚ but not before the employer has attempted to reasonably accommodate such employees.