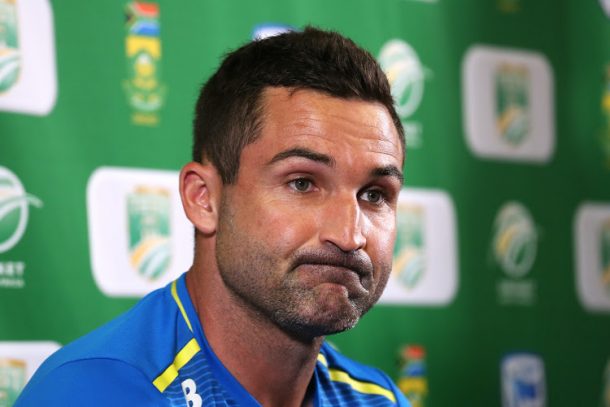 Dean Elgar said he was pleased with the Proteas’ performance all-round after winning his first match as Test captain as the South Africans thrashed the West Indies inside three days in St Lucia.

Elgar’s men overwhelmed their hosts at the Daren Sammy Cricket Ground to win the first Test by an innings and 63 runs and take the lead in the two-match series.

Lungi Ngidi and Kagiso Rabada took five-wicket hauls apiece as the South African pace ripped through the West Indies batting unit on a wicket that assisted the bowlers.

“I think it was a proper professional performance by everyone. Clinical is one word‚ ruthless might be another word [to describe it]‚” said the new man in charge of the Test team.

“It’s a bit more of an old school South African style of cricket that I have been pushing for knowing that we have it within us.

“I just need to get it out of the guys and once you get them thinking that way‚ it is something that I am striving for.”

Elgar lost his first toss and the Proteas were asked to bowl first on a lively wicket.

The Proteas responded well as Ngidi took five wickets‚ Anrich Nortje four and Rabada one in the first innings to blow away the hosts for 97.

His opening partner Aiden Markram steadied the innings with a well played half century‚ but it was Quinton de Kock’s classy century that took the match away from the West Indies as his highest Test score of 141 steered the Proteas to 322.

The South Africans never had to bat again.

Rabada was rampant in the hosts’ second innings as he helped himself to a five-wicket haul‚ Nortje chipping in again with three scalps with spinner Keshav Maharaj claiming two wickets as the West Indies posted 162.

“The feelings are good. Three really tough days‚ or two and half days‚ really tough days of cricket climate that we are not used to‚ and the wicket that obviously assisted the bowlers in quite a big way‚” said Elgar.

“In saying that we scored over 300 runs on a wicket that is quite favourable to seam bowlers. So credit has to go to our batting unit as well.

“It was great to get another win. Test wins are something that we do not take for granted. I certainly don’t take it for granted because I know the effort that goes into the game. I’m pretty happy at this moment.”

The Proteas will be determined to win the second and final Test that starts on Friday at the same venue to clinch the series.