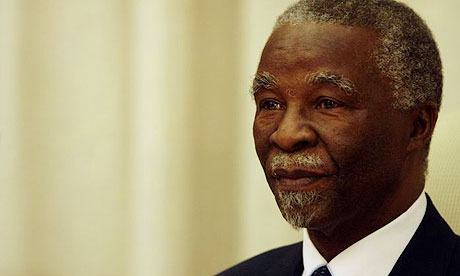 The job of president should only be given to a leader who has been subjected to a vetting process by the ruling political party and Parliament‚ says former president Thabo Mbeki.

The successful candidate’s performance should be consistently monitored‚ Mbeki said in an open letter on Monday.

The ruling African National Congress is preparing for party presidential elections in 2017 while national elections will be held in 2019. Speculation about who could succeed President Jacob Zuma has already begun‚ with rumoured contenders including current deputy president Cyril Ramaphosa and former cabinet minister Nkosazana Dlamini-Zuma.

In his analysis of the recent Constitutional Court ruling‚ which found that Zuma had failed to uphold‚ defend and respect the South African constitution by not complying with the Public Protector’s findings on Nkandla spending‚ Mbeki indicated there should be a test for presidential contenders.

He recommended: “Whatever Political Party/s present candidates to Parliament for election to the post of President of the Republic‚ they must satisfy themselves that such candidate/s have the capacity to discharge their Constitutional responsibilities in our Constitutional Democracy”.

“Parliament must take all necessary measures to satisfy itself that the person it elects is capable of and is committed to this discharge of their Constitutional responsibilities in our Constitutional Democracy.

Mbeki even proposed performance monitoring for the president.

“In honouring its oversight responsibilities over the Executive‚ Parliament should regularly make an assessment of whether the elected President is indeed carrying out his/her Constitutional responsibilities‚” he wrote.