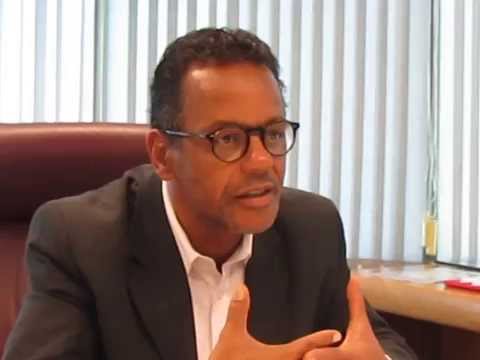 Sanef in a statement said on Monday that‚ with Matthews being one of the most senior officials of the corporation‚ him feeling that “there is a corrosive atmosphere that he as the CEO cannot do anything about speaks volumes about corporate governance within the SABC”.

“The SABC is an asset of the South African public as a whole and that it is being turned into a state broadcaster that only serves the interests of the ruling party is wrong and must be condemned‚” Sanef said.

“In just the past month alone‚ visuals of violent incidents were banned‚ staff were told not to use stories that speak ill of President Jacob Zuma‚ and three staff members who expressed a dissenting opinion on these issues were suspended.

“The apartheid regime — through omissions and commission — used the SABC as a propaganda tool but was not able to dupe the South African public‚” Sanef added.

Matthews tweeted a picture of his resignation letter to SABC board chair Professor Mbulayeni Maghuve on Monday morning.

In it he wrote: “It is with great sadness that I tender my immediate resignation.

“For many months I have compromised the values I hold dear under the mistaken belief that I could be more effective inside the SABC than outside‚ passing comment from the side-lines.

“In the process the prevailing‚ corrosive atmosphere has impacted negatively on my moral judgment and has made me complicit in many decision which I am not proud of.

“What is happening at the SABC is wrong and I can no longer be part of it.”

Matthews also apologised to the “many people who I’ve let down by remaining silent when my voice needed to be heard”.

Sanef added that it was the public that was being short changed by the misuse of state resources and it was the public’s responsibility to ensure the broadcaster fulfilled its constitutional role.

“We call on the leadership of the SABC to urgently reverse its decision to censor the news and allow its journalists to work in a free environment that does not compromise their ethics‚” the forum said.