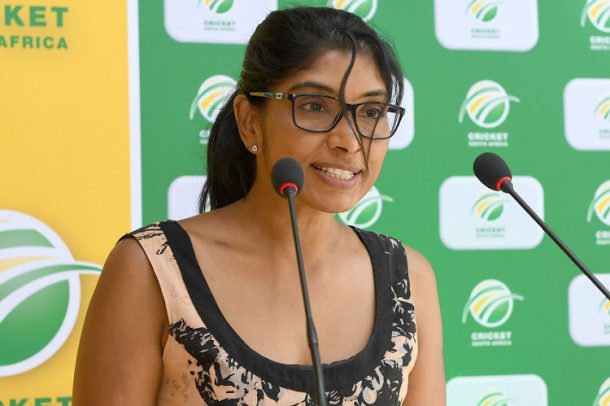 Kugandrie Govender reported for duty on Monday after the CCMA lifted her suspension as Cricket South Africa’s (CSA) acting CEO‚ but her return to the office lasted for only a few hours before she was sent packing again.

Insiders told TimesLIVE that the CSA interim board has issued Govender with another notice of suspension and she will not return to the acting CEO’s office she occupied before she was shown the door on December 14.

Interim board spokesperson Judith February said on Tuesday that Govender returned to her old role as the chief commercial officer‚ the office she occupied before her appointment as acting chief executive officer last year.

“The matter of Ms Govender is subject to a legal process‚” said February in an emailed response.

“We will therefore not be making further comment on it because it is in no-one’s interests to have a ‘trial by media’.

“Whatever matters are to be aired‚ will be aired in the appropriate legal forum and not in the media.”

Asked if Govender has returned as acting CEO‚ February replied: “No‚ she [has] not. Pholetsi Moseki is the Acting CEO. Her position is CCO [chief commercial officer].”

Govender‚ who was suspended in December for alleged misconduct‚ was reinstated at the Commission for Conciliation‚ Mediation and Arbitration (CCMA) after she filed to the dispute resolution body for unfair suspension.

The interim board released a statement on Friday‚ a day after the CCMA proceedings‚ and said CSA agreed to lift the suspension in order to deal with a legal technicality pertaining to the notice issued to Govender on December 14.

The interim board said in the statement that the legal technicality has no bearing on the merits of the disciplinary case brought against Govender‚ which is set to proceed later this month.

Staff members told TimesLIVE that Govender had scheduled a meeting on Monday to brief them on her return to office.

But the CSA interim board threw the spanner in the works as they stopped Govender in her tracks in a move that left the staff confused.

An insider close to the developments said the CSA interim board were “skating on thin ice” and “playing with fire” with regards to their handling of Govender’s return.

Govender told TimesLIVE on Tuesday that she has been reporting for duty and is waiting for more clarity from the interim board.

“I still want to have a conversation with the interim board first and at this stage it is difficult for me to comment‚” said Govender.

“Unfortunately the interim board chair [Stavros Nicolaou] has been quite busy‚ understandably so‚ so I’m sorry I can’t comment any further than that.”