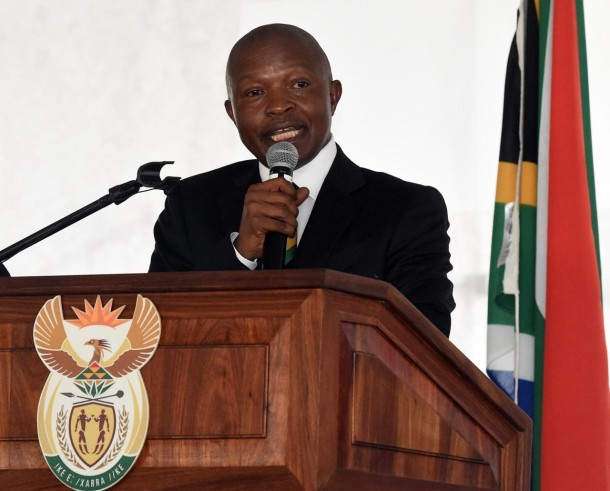 Dompas is dead‚ but the child is not: Mabuza

The dompas is dead‚ but the child is not.

Deputy President David Mabuza quoted Ingrid Jonker’s poem Die Kind (The Child) on Wednesday during his speech during the commemoration of Human Rights Day in Sharpeville.

Deputy President Mabuza: When President Nelson Mandela paid it forward, he recited Ingrid Jonker’s Poem, Die Kind (The Child), written in the aftermath of the Sharpeville and others massacres throughout the country, in his inaugural speech to Parliament in 1994 #HumanRightsDay pic.twitter.com/iblSUlAuSV

“The child is not dead / Not at Langa nor at Nyanga / Not at Orlando nor at Sharpeville / nor at the police station at Philippi / where he lies with a bullet through his brain.”

Human Rights Day commemorates the anti-pass demonstration outside the Sharpeville police station near Vereeniging on March 21‚ 1960 where 69 people were killed and close to 200 people were injured.

Mabuza said South Africa “yearns” for more Ingrid Jonkers who will fight for the rights of children.

“She humanised herself‚ she asked her people the question: What superiority and justice could we claim when the police fatally wound an African baby in her mother’s arms in Philippi‚ when we kill the black child in Soweto for demanding a decolonised education‚ when we deny those who work the land the right to own it?”

Mabuza said South Africans should be outraged by the deaths of children such as Viwe Jali‚ 5‚ who died after he fell into a pit latrine on March 13 in Mbizana in the Eastern Cape.

“Oliver Tambo was born in Mbizana. What would he say to us who bask in the glory of his struggle‚ if we still fail to protect our children‚ years after Grade R learner‚ Michael Komape‚ died in a similar undignified manner in 2014?”

Mabuza said South Africans must enjoy their human rights‚ because it was “paid for”.

“Each generation must take up its struggle for unity and freedom and keep paying it forward.”

Mabuza touched on a wide range of topics during his reconciliatory speech including racism‚ sexism‚ reconciliation‚ albinism and alcoholism.

He called on South Africans to emulate those who died in Sharpeville.

“We must begin to do things differently. We must again become men and women of moral stamina‚ courage and conviction‚” Mabuza said.

“Our real hope for the renewal‚ the regeneration of the soul of our nation‚ rest in our ability to fix our public service and improve the performance of our developmental state.”

“We must find one another and together we must build the South Africa of our deepest aspiration. Let’s hold hands and walk side-by-side. We will finally reach our freedoms.”