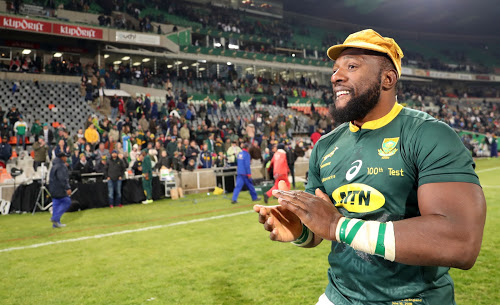 Domestic club rugby will return to free-to-air television live for the first time in almost three decades this Saturday.

The Golden Lions Rugby Union (GLRU) on Thursday announced that club rugby’s on-air revival thanks to a partnership with digital broadcaster Sport Entertainment International (SEI) and the SABC.

The initiative kicks off when two of the country’s most enduring clubs‚ Pirates and Pretoria Harlequins clash in the pre-season SupaRugby Cup on Saturday at the Harlequins Club in Groenkloof‚ Pretoria.

The match will be broadcast live at 17:00 on SABC Sport on OpenView HD‚ live-streamed worldwide on SEI’s digital platform (www.seisport.tv)‚ and delayed-live broadcast at 23:00 on SABC 2.

Pirates‚ founded in 1888‚ is the oldest club in Johannesburg.

As the first affiliated members of the-then Transvaal Rugby Union‚ Pirates will be flying the Lions flag when they travel to Pretoria to meet Blue Bulls Rugby Union rivals Quins‚ who were founded in 1902 and remain the oldest affiliated Harlequins club in the world.

“We are very proud to make this announcement given the effects that Covid-19 global pandemic has had on club rugby and the game as a whole‚” said GLRU president‚ Neville Jardine.

“It once again goes to show that club rugby‚ which has been played in Gauteng for over 130 years and has survived two world wars‚ remains as resilient as ever.

“Our broadcast partnership with SEI and the SABC is one of the most exciting developments in club rugby in the professional era and I have no doubt that our viewership reach will help us to grow the game not only in our province but across South Africa.”

Pirates Club chairman Brad Guymer said the club rugby landscape is unrecognisable from the last time fans were able to watch it on the SABC‚ during the old Toyota Club Championships.

“I would like to think that many of the changes have been positive and have resulted in a community game that is more professionally run and of a far higher quality.”

Guymer said that the cancellation of the 2020 season due to the pandemic had resulted in record numbers of players eagerly joining the club for pre-season training‚ following the announcement by SA Rugby that clubs could now resume matches‚ albeit according to strict Covid-19 protocols.