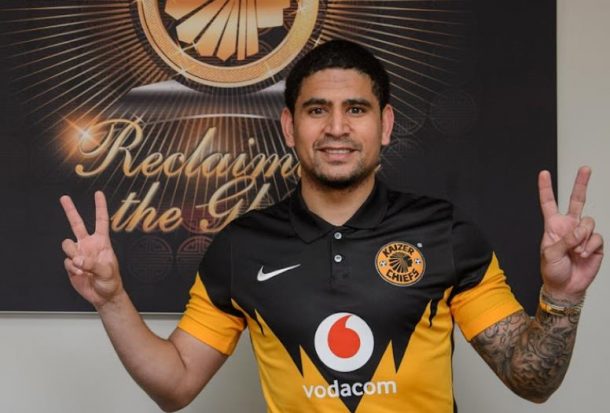 Keagan Dolly’s arrival at Kaizer Chiefs sends a message of the club’s level of ambition to restore itself to competitiveness‚ Amakhosi coach Stuart Baxter has said.

Baxter said the Bafana Bafana left wing star and 2016 Caf Champions League-winner with Mamelodi Sundowns was not included among Sunday’s substitutes for the pre-season Carling Black Label Cup at Orlando Stadium as he has work to do in his fitness.

Some of Chiefs’ other new signings – including Kgaogelo Sekgota and Phathutshedzo Nange – showed glimpses of their potential with bright performances in the 0-0 draw‚ then 4-3 penalty shootout win against Orlando Pirates.

This will have raised Amakhosi supporter’s expectations for a potentially exciting combination under Baxter – the last coach to win silverware at Chiefs with a second league and cup double in 2014-15‚ seven seasons ago.

And the introduction of Dolly‚ signed out-of-contract after four-and-a-half seasons for Montpellier in France’s Ligue 1 as one of the biggest transfers of the 2021-22 pre-season window‚ is still to come.

It was put to Baxter that Dolly’s signing sends a clear message of Chiefs’ seriousness in their rebuilding mission.

“But we didn’t dodge it. And I think that’s a good message for the Chiefs fans.”

Baxter said Dolly was not on Chiefs’ roster for the Black Label as the 28-year-old needs to work on his fitness.

“I’ll be honest we’ve taken him in a situation where he hasn’t played for quite a while‚” the coach said after the match on Sunday.

“He’s had a period of inactivity that means he’s put on some weight‚ and that weight has got to go. And in the meantime‚ while he’s doing that he’s got to learn how we play.

“So Keagan will be a bit away. But if the players are playing like that [in the Black Label]‚ they’re putting their hands up to say‚ ‘Well Keagan when you are fit you’ll have to throw your hat in the ring for a place’.”

Sabelo Radebe‚ the 21-year-old promoted from the reserves in February‚ Khama Billiat and Bernard Parker also had bright performances against Pirates as a new-look Chiefs indicated they can be a much-improved combination in 2021-22.

Brandon Petersen‚ who replaced Khune in the second half‚ made the two decisive saves in the penalty shootout.