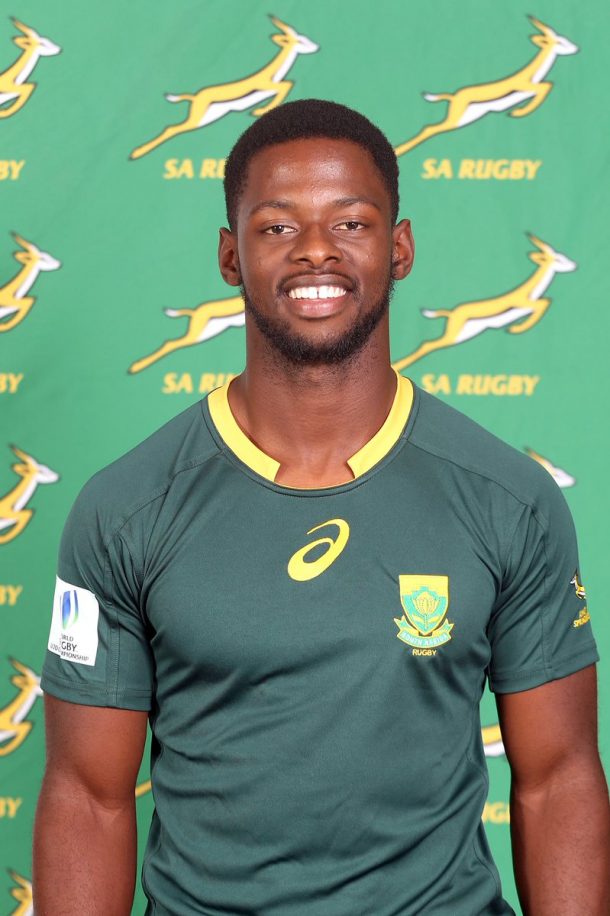 New Springbok Sevens recruit Lubabalo Dobela says he owes himself the challenge of making it big in the abbreviated format of the game.

The 22-year-old flyhalf from East London‚ who was schooled at Hudson Park and Grey High School in Port Elizabeth‚ has been snapped up by the Sevens system and he is very grateful.

“Since February‚ I’ve been unemployed. I came home just before lockdown and trained in the hope that something could come along and something could happen. There wasn’t anyone calling me‚ but I finally got the call. It’s huge for me‚” Dobela said.

“I was sitting here thinking I have to go back to school. I probably have proved myself‚ but I’ve been given an opportunity on a bigger stage that I can imagine and I’m thankful for that.”

Dobela‚ whose father is coaching stalwart David‚ has more than proven himself at Varsity Cup level where he starred consistently for the University of the Free State.

He said it wasn’t the first time he’s been approached to join the Sevens group‚ but with the door at Free State rugby pretty much closed for him despite his apparent qualities‚ there’s a chance for him to add to his already impressive skillset.

“It’s the fourth time they’ve come to me with an offer‚ so the interest that they’ve shown in me is second to none. The one thing about being a flyhalf in 15’s rugby is that there’s no space and my job is to make space‚” Dobela said.

“Now having to play with ample amounts of space‚ it’s going to be a challenge for me. However‚ you can never know as this could be a big stepping stone for me. It could be the big thing for me. I’m going to give my heart into it because I’m very excited.”

The spread of Covid-19 has currently flattened the World Rugby Sevens Circuit with the December and January tournaments in Dubai‚ South Africa‚ New Zealand and Australia already cancelled.

This lack of rugby is a concern for Dobela‚ but the hiatus also affords him the time to get to grips with the shorter format.

“The lack of rugby remains a concern and I think that applies for everyone to be honest. Right now‚ I’m not worried about the 15-man game. It’s all about Sevens now and it’s not going to start anytime soon. At least I have another chance to prove myself because I’m not in a team‚ I’m just in the squad‚” Dobela said.