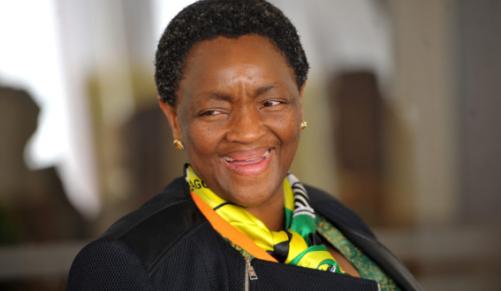 Dlamini yet to confirm whether she will answer questions in Parliament

Embattled Minister of Social Development Bathabile Dlamini has yet to confirm whether she will appear before Parliament’s Standing Committee on Public Accounts (Scopa) on Tuesday.

“We wrote to her last week Tuesday for her to appear in front of the committee. So we are expecting her… the norm is that when officials and ministers are invited‚ they do confirm‚” said Themba Godi‚ chairperson of Scopa.

“But up until now I have not received any confirmation‚” he told TMG Digital earlier on Monday.

Godi said the committee was hoping to “discuss the issues at hand” if she attended the meeting on Tuesday‚ after failing to do so last week.

Godi said the committee would have to consider other options – which include issuing a subpoena — should Dlamini not attend the meeting.

“The power to subpoena is there for all the committees of parliament‚ but in terms of what we will do‚ that will be a decision that the committee will decide tomorrow‚” he said.

Dlamini and her department have been embroiled in controversy over the possibility that 17 million social grant recipients may not get paid on April 1.

Following a Constitutional Court order which declared the contract with Cash Paymaster Services (CPS) invalid‚ the department failed to do anything about it‚ leaving the poorest of the poor in a vulnerable position.

Godi believes it the looming crisis is a “manufactured emergency“‚ as the department knew that the contract would come to an end.

“Right from the beginning‚ it was not an endless contract. Even before we went to the Constitutional Court‚ and I’m sure in that whole office someone has a calendar‚” he said.