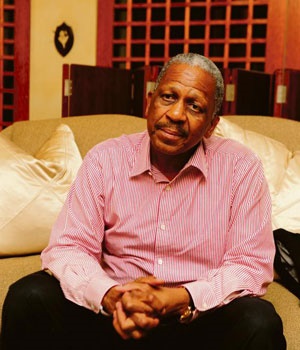 Mathews Phosa’s evidence in the lawsuit that Mpumalanga Premier David Mabuza has brought against him seems set to cause ructions in the party’s top six national leadership.

Some months before he got his hands on the so-called spy report, ANC deputy secretary-general Jessie Duarte asked Phosa at a meeting “who is this David Mabuza?”, Phosa told the North Gauteng High Court in Pretoria yesterday.

He is testifying in the civil trial.

Phosa said this question about the background of Mabuza was the main reason he gave the report to Duarte in late 2014.

He said Duarte met him at his business office in April 2014 “for political discussions on a wide range of issues … it was in the context of national elections”.

“An issue she raised after a very long meeting, she said ‘comrade Mathews just tell me, explain to me, We want to know as officials of the ANC, who is this David Mabuza exactly’.

“I said to her why? He’s a chairperson of the [ANC in the] province,” Phosa told the court.

Phosa’s senior counsel Mike Maritz stopped him while he was about to delve into how Mabuza was recruited into the ANC, saying this was not relevant to the case.

Mabuza is known to be a staunch supporter of President Jacob Zuma and one of the leaders who campaigned robustly to ensure he is retained as ANC leader in Mangaung in December 2012.

Mabuza is suing Phosa for R10-million, alleging he fabricated and disseminated a report that said he was a spy during apartheid.

Phosa said the report was posted clandestinely to his house in Mbombela, Mpumalanga. He denied being its author.

Upon being shocked by its contents, he emailed it to Duarte from the office of his business associate after asking for her “safe email address”, Phosa said.

He said he acted lawfully by handing over the document to Duarte. “Only a traitor of my people would hide that report. It made serious allegations.”

But Phosa felt “betrayed” that a report handed over in confidence had been leaked to the media, and “Mabuza [was] holding one press conference after the other saying I’m the author of that document”.

In another meeting in November 2014, Duarte, who “got a fright as well” about the leak, told Phosa she had no idea how the report reached the media.

“She said she made copies at the advice of the president [of the ANC Jacob Zuma] for top six [ANC leadership]. She does not know whether it leaked from the six of them,” Phosa told court.

The matter continues today, with Mabuza likely to take the stand.