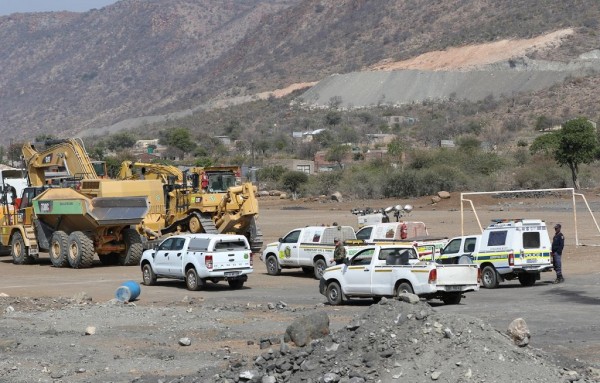 Thandiwe Sibanda sits quietly as dozens of people and police officers gather near a hole into which her twin brother, Jabulani, disappeared five days ago.

Jabulani, 31, is one of several illegal miners believed to be trapped at a disused mine in Langlaagte, Johannesburg.

The search for them began on Sunday but the operation was suspended when a rescue team realised that there was fire and smoke in the shaft leading to the trapped miners.

Their families and other illegal miners have pleaded with police to be allowed to go underground to retrieve their relatives.

“[The police] are killing our people by not letting their friends go down. My family is devastated. We believe that Jabulani is still down there alive, but we’ll lose him if police don’t allow us to go and look for him,” Thandiwe said.

Jabulani went to the shaft on Wednesday last week when he heard that some of his friends had been trapped underground.

“[The police] are wasting our time. We know this shaft better than they do. They must allow us to go there. We know this place well,” said an illegal miner.

According to the miners, it would take about 45 minutes to reach their trapped colleagues.

They said the shaft had several tunnels and one of them led to “Esquarini” (the square), which is where they think their friends are trapped.

“It’s a problem that is costing the economy,” Zwane said.