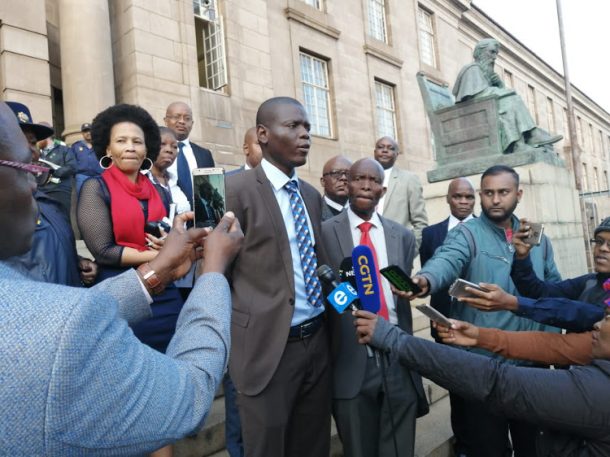 Emboldened by the decision of the US state department to place sanctions on the Gupta brothers and their business associate Salim Essa‚ SA’s department of justice (DoJ) has unleashed the country’s top legal minds to prosecute state capture crimes.

Legal eagles Tembeka Ngcukaitobi‚ Wim Trengove‚ Ngwako Maenetje and Geoff Budlender have been briefed to help with the investigation and prosecution of state capture crimes.

The DoJ has allocated approximately R20m for their fees.

“Treasury [has given] approval to procure four senior counsel to guide investigations and oversee prosecutions‚” said DoJ spokesperson Chrispin Phiri. He said each advocate would be paid their going rate but their fees cannot exceed R5m.

“The advocates will assist the NPA [National Prosecuting Authority] in their investigative work and where necessary with the actual prosecution of matters‚” said Phiri.

The Treasury has also agreed to allocate an additional R102m to the NPA. Of this‚ the Asset Forfeiture Unit will get R18m to build its capacity – seen as an effort to bolster the recovery of looted funds.

The investigative directorate of the NPA was allocated R38m to commence its work.

The directorate was funded‚ but the national director of public prosecutions expressed concern at the lack of funding for the NPA.

The Sunday Times understands that authorities in SA are working with the US to recover money looted by the Guptas. Money held in bank accounts in the US and even the UK by the Guptas may be seized.

NPA communication head Bulelwa Makeke said: “The services of these experienced advocates will be to assist the ID in their investigative work and where necessary‚ with the actual prosecution of matters.”