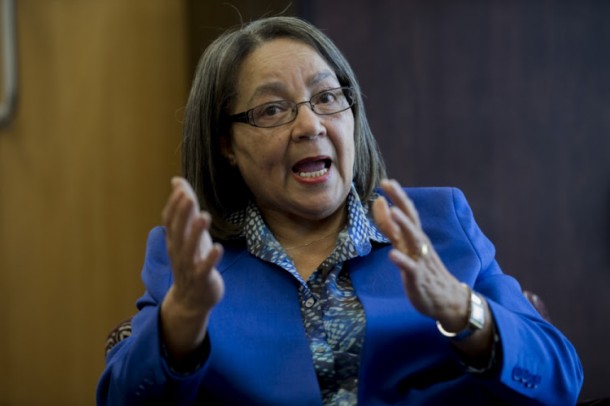 Cape Town mayor Patricia de Lille said she felt vindicated on Wednesday after a judge ruled in her favour on the eve of a no-confidence vote.

De Lille took the DA to the High Court in Cape Town‚ asking for an order instructing City of Cape Town speaker Dirk Smit to ensure councillors could vote with their conscience on Thursday.

She said she was “very happy” with Judge Robert Henney’s decision that Smit must do so.

“So my lawyers will now write to the speaker and say to him‚ ‘the court said you must use your discretion whether you must have a secret vote and then consider the conditions under which this decision must be made’.”

De Lille said the court had confirmed that she was justified in taking legal action against her own party.

“It was not until the night before the court date that the DA seemed to have changed their mind. Before that they were of the opinion that they can instruct the caucus what to do. The court has now said that the Speaker must use (his) discretion.”

De Lille went to court after being tipped off by Suzette Little‚ chairman of the DA caucus in the city council‚ that DA federal executive chairman James Selfe “was of the opinion that in terms of the DA’s constitution all caucus members are bound by the caucus decision [to support the motion of no confidence]‚ even those who did not vote for it”.

The 66-year-old mayor faces council‚ party and criminal investigations into alleged misconduct‚ and she has alleged that the DA wants to remove her as mayor so it can appoint provincial leader Bonginkosi Madikizela in her place.

The motion to be debated by the council at 10am on Wednesday is proposed by Councillor Malusi Booi.

It says: “The DA caucus in the City of Cape Town has lost confidence in Alderman P de Lille to lead the city and perform the functions of mayor.

“During the last year numerous events have happened that have caused harm to the good reputation of the City of Cape Town‚ and its record of good governance achieved over the last decade has been compromised.

“This council must now act to recover its reputation of competent governance and financial integrity.

“The actions of the mayor in proposing an alteration of the water tariffs at the previous full council meeting was financially reckless‚ she is implicated by the Bowman Gilfillan report and the statements of the city manager which exposed a tolerance for corruption and maladministration which cannot be condoned and was the cause for the city to experience its first qualified audit under this political administration since 2006.

“The findings of the auditor-general prove that while the officials of the city have maintained good financial management‚ the mayor has allowed failures of probity and governance directly attributed to her in relation to tender and procurement processes‚ the integrity of governance and the security upgrades at her home.

“The mismanagement of the water crisis and the fact that residents of Cape Town may now face a Day Zero due to red tape and delays with critical decisions not taken because of the mayor’s interference with officials and water planning processes exposes the residents of the city to the possible hardship which may result from the water reticulation system being shut down and being replaced by residents queueing for water.

“This has also created the possibility of a credit rating downgrade due to the risks posed by the water crisis.

“We therefore move for this council to pass a motion of no confidence in the Alderman P de Lille and to remove her as mayor.”