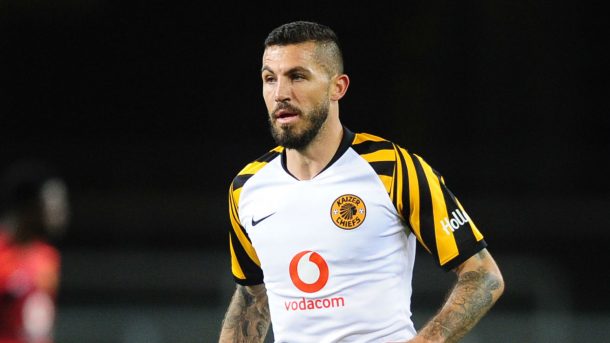 Things are not falling apart‚ Kaizer Chiefs centreback Daniel Cardoso has said after Amakhosi suffered a blow to their title hopes with their 2-1 Absa Premiership defeat against Maritzburg United at FNB Stadium on Saturday.

As league leaders Chiefs turn their attention to their Nedbank Cup last-16 clash against Highlands Park at Makhulong Stadium on Saturday‚ Cardoso said the defeat against United was a “wake-up call”.

Amakhosi are striving to end almost five unprecedented seasons without a trophy under the added pressure of‚ but also lifted by‚ their 50th anniversary season.

An inexperienced squad have punched above their weight leading the PSL.

With especially title-laden Mamelodi Sundowns threatening from behind‚ even one defeat at home to Maritzburg can be interpreted as a sign of Chiefs cracking.

Asked if things are falling apart‚ Cardoso replied: “No‚ look‚ the result on the weekend was obviously not a great one for us.

“But if you look at the amount of chances we created that we didn’t take‚ and they had two chances and scored two goals‚ it came back to bite us.

“We still have got 10 games to go in the league. We are still seven points clear from Sundowns and six points from Pirates.

“There’s no stress in the camp or anything. It puts a bit of pressure on us‚ of course yes. But it also is a wake-up call for us.

“We know what’s at stake now. We want to obviously end our trophy drought.

“We’ve got the Nedbank Cup on Saturday – another big one. We want to progress to the next round. And that’s what our main focus is on at the moment.”

For some Chiefs fans – anxious after a near five-year wait for silverware‚ and nervous of Amakhosi’s bubble bursting in a season where their lead has appeared fragile‚ given their ninth placing last season – 10 games might seem too much to endure.

“Ten games is a lot of games still‚” Cardoso said.

“Anything can happen. We’re focusing on ourselves. And that’s the main thing – we’re not worrying about anyone around us.

“I think the minute we start worrying about everyone around us is when it will start affecting us.”

Sundowns can reduce the gap to four points if they beat Bloemfontein Celtic at Loftus Versfeld on Wednesday night.

After the cup clash against Highlands‚ Chiefs face a huge Soweto derby against on-form Pirates at FNB Stadium on Saturday‚ February 29.

Among Amakhosi’s last 10 matches they have two games against another title-chasing team‚ Bidvest Wits‚ at home on March 18 and away on April 24.