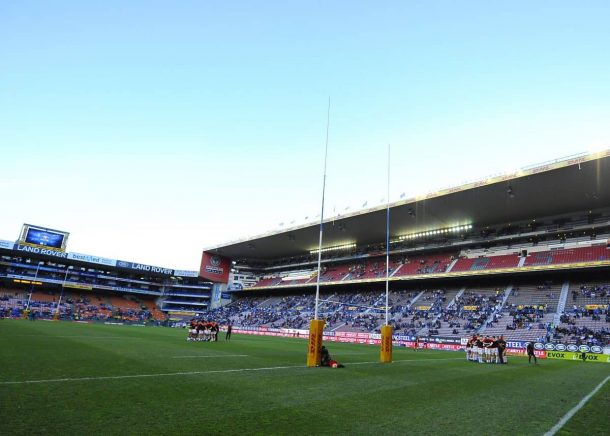 Advertising agency Aerios has filed for damages amounting to R183m against the SA Rugby Union and the Western Province Rugby Football Union (WPRFU).

The agency‚ which managed the advertising rights of the WPRFU from 2012 to 2016‚ says it had concluded a three-year inquiry “into unlawful conduct”.

The news comes at a most inopportune time for the embattled WPRFU who have to make considerable payments to Remgro (around R58-million) and Investec (R50-million) by month’s end.

Having unsuccessfully taken aim at WP with a claim of R250m in the Western Cape High Court in 2018‚ Aerios this time has SA Rugby in their cross hairs.

Aerios said in a statement it believes “the South African Rugby Union acted unlawfully in trying to rid itself of Aerios for self-gain. It did so‚ Aerios maintains‚ by applying undue pressure on Western Province Rugby (Pty) Ltd (WPR) to release itself from advertising agreements dating from 2012.”

“This WPR did expressly to extract itself from advertising agreements with Aerios‚” says Constantinou.

Aerios says in a statement it instituted the court action on the basis of the information it gathered during the three-year inquiry‚ which was concluded at the end of 2019.

“These damages were suffered as a result of the loss of extensive agreements that gave Aerios the exclusive rights to sell Western Province advertising at Newlands and/or the Cape Town stadium‚ if Western Province relocated or played fixtures there.”

It claims “WPR considered every available option – including obtaining multiple legal opinions – for ridding itself of Aerios and appeasing SARU. After enduring months of distress at the hands of SARU‚ WPR eventually took a decision to “release” itself from the Aerios agreements by going into liquidation‚ on the ground that it was unable to pay its debts. Having taken this decision‚ it immediately informed Aerios that its advertising contracts with Aerios would not be honoured. This was in 2016.”

By entering into these contracts with WPR‚ Aerios argues it acquired the advertising rights for professional rugby played at the Newlands and/or Cape Town stadiums. They say this includes the rights to all international fixtures during the period January 2012 to December 2023‚ secured in separate contracts signed in 2011 and 2014.

“We believe‚” says Constantinou‚ “that SARU endorsed the liquidation of WPR. In doing so‚ it abused its effective monopoly over professional rugby and its position of authority over its members. In addition‚ it intentionally interfered with and forced WPR to end its contractual relationship between WPR and Aerios.”

He added Aerios was also awarded the exclusive rights‚ for a period of 20 years‚ to develop and operate the official WPR applications from which the digital content could be viewed by supporters.

“However‚ SARU purposely ignored the rights WPR had granted to Aerios. SARU instead concluded broadcasting and mobile digital agreements with SuperSport. In addition‚ it concluded agreements with SARU sponsors‚ who were awarded certain advertising rights at rugby matches hosted by SARU’s various provincial unions‚” said Constantinou.

At time of writing both SA Rugby president Mark Alexander and WP president Zelt Marais were in meetings and were unable to comment.