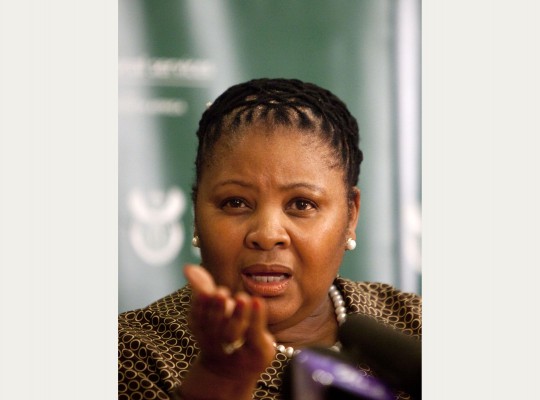 DA to lay charges against defence minister over DRC flight

The Democratic Alliance (DA) said it will be laying charges against Defence and Military Veterans Minister Nosiviwe Mapisa-Nqakula for violating the Immigration Act.

The charges are in addition to the request the DA made to the public protector to investigate possible violations of the Executive Members’ Ethics Act. According to the Sunday Times‚ Mapisa-Nqakula travelled to the Democratic Republic of Congo where Wege had been arrested for trying to board a flight to South Africa by using a fraudulent passport arranged by Mapisa-Nqakula’s sister.

Mapisa-Nqakula negotiated Wege’s release into her care. After securing Wege’s release‚ a delegation of more than five officials from her office continued to Addis Ababa with her for a conference‚ before returning to South Africa.

Section 49(2) of the Immigrations Act stipulates that “anyone who knowingly assists a person to enter or remain in‚ or depart from the Republic in contravention of this Act‚ shall be guilty of an offence and liable on conviction to a fine or to imprisonment not exceeding five years”.

Mapisa-Nqakula emphasised the plight of Wege as a frightened woman needing an escape from an abusive father.

“We understand that the minister may have been acting on compassionate grounds‚ however‚ she cannot act as a law unto herself‚ and we reiterate our call for a full investigation of this incident‚” DA shadow minister of defence and military veterans Kobus Marais said.