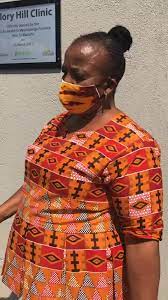 The Executive Mayor of Thaba Chweu Local Municipality Friddah Nkadimeng will face a motion of no confidence today.

The Democratic Alliance (DA) in Mpumalanga together with the African United Movement ( AUM) submitted a motion of no confidence against the mayor.

According to both party’s Nkadimeng kept Sphiwe Matsi the Thaba Chweu Municipal Manager on the job despite her contract expiring in March.

Initially, the motion was expected to be held last week however it was postponed.

The AUM’s Peter Makhubele said they are not expecting anything from this motion except removing the Moyar.

“From this motion, we are expecting anything except removing the mayor. We have reasons why we are removing her, it is not just that we have some personal vendetta against her,” said Makhubele.