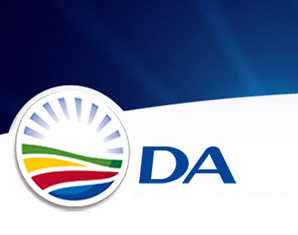 The Democratic Alliance (DA) “vehemently denounced any kind of prejudice and criminal activity based on political affiliation” in its condemnation of the “cold-blooded assassination of Johannes Baaitjies”.

“Baaitjies‚ was found lying on his face on the main road between Danielskuil and Postmasburg last night‚” the party’s Northern Cape leader‚ Andrew Louw‚ said on Thursday.

“He was shot twice in the head and once in the upper body‚ and dragged a distance before being dumped.”

The ward he won was previously an African National Congress (ANC) ward. Baaitjies was to be sworn it to council at the Kgatelopele municipality on Thursday.

“The intention was that the two DA councillors‚ together with the two councillors from the Kgatelopele Community Forum (KFC)‚ would form a coalition government and take control of the municipality from the ANC‚” said Louw.

“The council is now officially a hung council‚ but the DA will contest the upcoming by-election for ward 2… in remembrance of Johannes Baaitjies.”

“The DA will not allow cowardly acts committed by faceless thugs to derail us from our efforts to govern in order to stamp out corruption‚ create jobs and deliver services to bring the change that moves South Africa forward again.

“The DA extends our heartfelt condolences to Baaitjies’ wife and three sons‚ as well as his extended family who he has sadly left behind.”