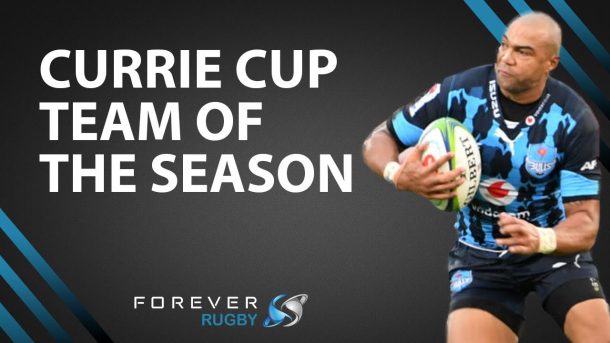 #curriecup team of the season: why many big names are missing

Not that they will be playing anyone‚ but the exercise of selecting a form team of the recently completed Currie Cup will see a significant number of household names omitted.

The Currie Cup‚ which came to a thundering climax at Loftus Versfeld last Saturday‚ was elevated in status as it for the first time in years saw the involvement of front line and returning Springboks.

Of course the bulk of the current crop play overseas‚ injury bedevilled some‚ while others just never got up to speed.

In a topsy-turvy year in which Covid-19 protocols‚ delays and cancellations were the order of the day‚ form and fitness proved even more temporary than usual.

In this team TimesLIVE has opted to list 23 players that played well enough to be in a Currie Cup team of the season rather than focusing on individual positions.

For that reason‚ Frans Steyn‚ who was outstanding at inside centre for the Cheetahs‚ cracks the nod in the absence of a stand-out performer at fullback.

Aphelele Fassi’s attacking instincts came to the fore occasionally as did the monster boot of Tiaan Swanepoel. Had the latter been more assertive under the high ball‚ he might well have been the chosen one.

The versatile Kurt-Lee Arendse gets in on the left wing with S’bu Nkosi’s predatory skills on the other.

Wandisile Simelane weaved magic at times but his centre partner Cornal Hendricks was probably the tournament’s most consistent performer.

Curwin Bosch‚ notwithstanding an off-day with the boot in the final‚ was the stand-out flyhalf‚ while Ivan van Zyl‚ who is so fine-attuned to the Bulls’ blueprint‚ rose above his rivals at scrumhalf.

Ruan Nortje’s stock went up like he did in the line-out‚ while Carl Wegner toiled relentlessly in an eventual losing cause for the Cheetahs.

Frans Malherbe would have been the tighthead selection had Western Province reached the final‚ but in the end Trevor Nyakane’s efforts prevailed. Malherbe’s partners in crime at WP Bongi Mbonambi and Steven Kitshoff are in the starting team though.

The forwards on the bench have a distinct Sharks’ flavour. Fez Mbatha‚ Ox Nche‚ Ruben van Heerden and Dylan Richardson all earn a spot. Richardson has been a revelation.

Cheetahs No8 Jeandre Rudolph also gets in. He wasn’t just a proficient ball poacher at the ruck‚ but spread himself thin across the field‚ affecting play with and without the ball. His work-rate was immense.

Among the backs we opted for just two players in the sturdy Stean Pienaar‚ a wing that can also operate at scrumhalf‚ and the always calm Lukhanyo Am.

Currie Cup team of the season: