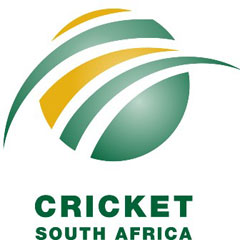 CSA were to elect a new president to replace Chris Nenzani‚ who resigned earlier this month‚ at Saturday’s AGM.

They were also to fill at least two spots on the non-independent side of the 12-person board.

With Professor Steve Cornelius also having resigned earlier in August‚ a spot had also opened up on the independent section of the board.

In a press release issued on Monday‚ the organisation said a review of the governance model of CSA on the outstanding matters recommended by the Nicholson Commission of Enquiry in its report needs to occur.

The second issue one is the troublesome forensic report which wasn’t only unavailable to CSA’s member’s council‚ but according to IOL‚ required the officials to sign a Non-Disclosure Agreement in order to view the document.

The tenuous nature of the report was as such that CSA’s acting president Beresford Williams told Parliament it was not ready to be given to the sports portfolio committee.

Sports minister Nathi Mthethwa‚ who on Friday signalled his intention to be part of CSA’s AGM‚ wanted to see the report.

The statement further said the organisation needed to take the following steps:

• Engagement with the Members Council on the various issues they have raised and ensure alignment for the stability of CSA;

• Engagement with the Minister of Sports‚ Arts and Culture‚ the South African Sports Confederation and Olympic Committee (Sascoc) and other stakeholders of CSA;

• The extension of the recruitment process for any Board and Board committee vacancies that may arise following completion of the above strategic review;

• The reconfiguration of the organisational structure to ensure that the remedial actions recommended by Fundudzi of the forensic review are implemented.

The postponement of the AGM couldn’t have come at a worse time for the embattled organisation.

Last week it fired its CEO Thabang Moroe after a nine-month long disciplinary process that’s set to be resolved in the Labour Court. It also recently it also relieved its chief commercial officer Naasei Appiah and head of sales and sponsor relations Clive Eksteen of their duties.