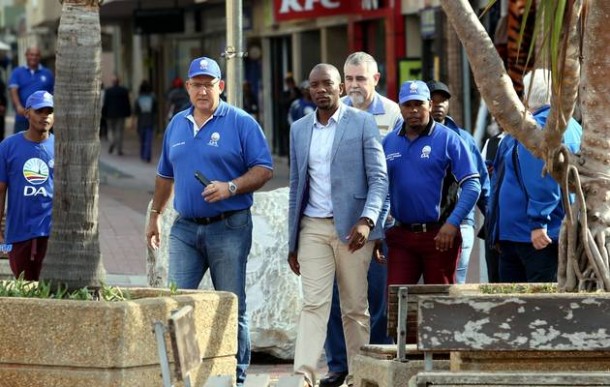 The honeymoon period is over as claims of mounting tension between the DA and its coalition partners in Nelson Mandela Bay have come to the fore less than five months after they joined forces to govern the metro.

The UDM’s Mongameli Bobani – deputy mayor of the Bay – is said to be butting heads with the DA‚ which has the majority stake in the partnership.

The differences are believed to be over how some disciplinary and legal matters involving metro officials should be handled by the municipality‚ to Bobani feeling undermined and being left in the dark.

But both mayor Athol Trollip and Bobani on Tuesday moved to allay fears that there were problems‚ being adamant that all was well.

Trollip said: “Regarding my relationship with [Bobani]‚ I believe we have an excellent relationship and that we have established an open-door policy to hold frank discussions about our government on any and all issues that we have to deal with on a day-to-day basis.

“In fact‚ I spend more time in direct engagement with [Bobani] than with any of my other executive members.

“There are no problems in the coalition and‚ if any arise‚ they are discussed and dealt with in an open and frank manner as per our agreement.

“Our coalition is not in jeopardy at all.

“We have a comprehensive coalition agreement and to date there has been no need to engage any conflict or disagreement resolution provisions.”

Bobani also said there were no differences.

“The coalition is strong and intact. It will stay like this for the next five years‚” he said.

However‚ at least five insiders told The Herald that there was‚ in fact‚ friction which stemmed from the recent decision to block the prepaid meters of account defaulters.