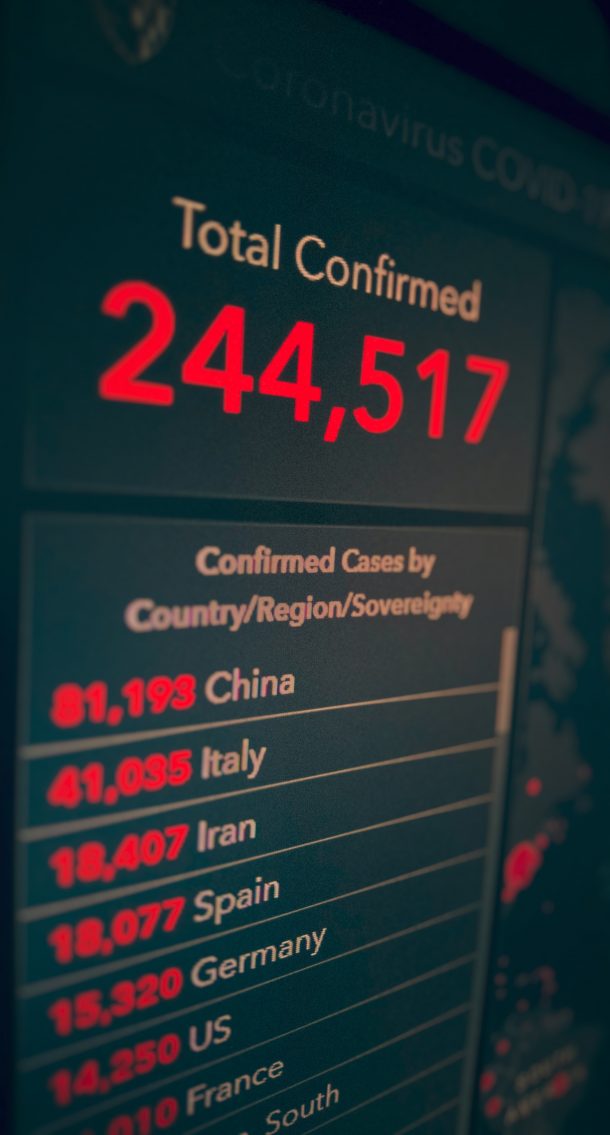 Covid-19 in numbers: SA and the world

SA had the 52nd most Covid-19 cases out of 167 countries and regions by noon on Monday‚ according to Johns Hopkins University.

In Africa‚ Egypt had the most at 327 cases‚ and SA had the next-highest confirmed number of cases.

More than 600 cases of Covid-19 had been confirmed in 34 countries in Africa by Thursday last week‚ said the World Health Organisation (WHO).

The National Institute of Communicable Diseases (NICD) confirmed SA had 274 people with Covid-19‚ out of 9‚315 people tested‚ and no deaths by early on Monday. But the figure soared to 402 confirmed cases in an update issued at around 2pm.

The number of infections shifts constantly as totals are updated by the WHO‚ the NICD and other authoritative sources‚ including the Johns Hopkins Centre for Systems Science and Engineering‚ but the trends are consistent.

Infections are rising fastest in the US now‚ according to the global statistics’ site Worldometer‚ which analyses data about the coronavirus from 192 countries or territories.

SA fares well to date per million population infected‚ with five infected per million people‚ according to the Worldometer analysis.

China still has the highest total cases at 81‚454 but the US numbers are rocketing upwards‚ with the third-highest number of 35‚224 infections‚ according to Johns Hopkins.

Nearly 100‚000 of the people with confirmed Covid-19 have fully recovered.

The average age of South Africans with Covid-19 is 41.8 years. The youngest confirmed case is two years old and the oldest is 85‚ according to University of Pretoria’s Social Impact Research Group’s dashboard.

Most local transmissions have been reported in Gauteng‚ at 12 out of 132 cases.

In the Western Cape there are seven local cases out of 29 confirmed infections‚ and in KwaZulu-Natal five out of 35 cases are local.

All continents except Antarctica have been hit by the global coronavirus pandemic.