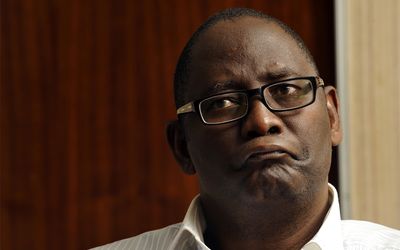 The Congress of the South African Trade Unions (Cosatu) said the establishment of a new labour federation by its former general secretary Zwelinzima Vavi was a just a dud.

Last week‚ Vavi‚ together with National Union of Mine Workers SA general secretary Irvin Jim‚ convened a May Day celebration summit at the Mehlareng Stadium in Tembisa where talks of forming a new trade union federation to rival Cosatu was affairmed.

But‚ on Tuesday‚ Cosatu leaders lashed out at the proposed federation.

Asked if Cosatu was worried about losing members to the soon-to-be-formed labour federation at post-May Day press briefing in Johannesburg‚ Dlamini said: “We do not undermine any attempt to want to weaken the unity of the workers in South Africa. No matter how few those who are behind that may be‚ we do not undermine that‚ we are watching that space very very closely”.

Dlamini also took an indirect swipe at Vavi‚ saying: “You don’t form an organisation because you are angry with your former organisation‚ you will create a movement of angry people.”

Consisting of 18 affiliated unions‚ Dlamini said they would table before the National Economic Development and Labour Council the decision by the country’s four major banks to terminate banking services with companies owned by the politically connected Gupta family.

The Guptas are currently being investigated by Public Protector Thuli Madonsela after Democratic Alliance leader Mmusi Maimane lodged an official complaint in March about alleged “state capture” after a number of politicians came forward to claim that the family had offered them ministerial posts.

More than 300 000 of Cosatu’s members participated in Worker’s Day activities across SA‚ with the federation now planning to expand its recruitment campaign which will be linked with campaigns against labour broking and outsourcing.

Bheki Ntshalintshali‚ general secretary of Cosatu‚ said workers made it clear that they wanted a job summit to discuss the ongoing retrenchments and the elimination of corruption in the federation.

Dlamini said the federation was awaiting a date to meet President Jacob Zuma after expressing concern that organised labour should have been included in previous high-level meetings between the business sector and the executive.