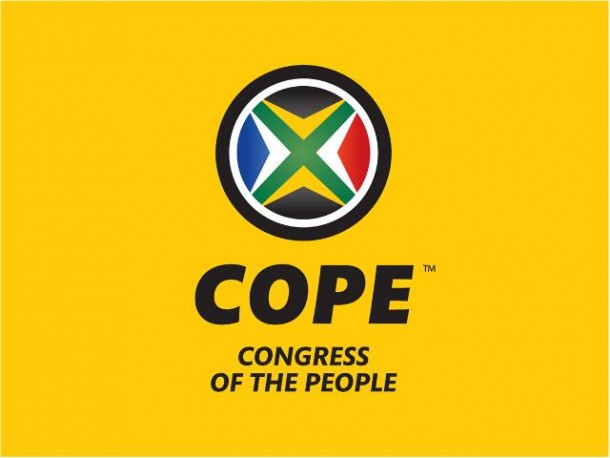 COPE to contest all nine provinces in municipal elections

Congress of the People (COPE) will be contesting all nine provinces in the upcoming municipal elections.

“We will‚ however‚ field candidates mainly in strategically important municipalities and wards. Limitation of resources required of us to assess where we should spend what we have to win a ward or to increase the proportional share of seats.

Bloem said the party would meet the Electoral Commission of South Africa’s Thursday deadline for submission of election candidate lists and deposits.

“We are pleased that the process has run smoothly without any big challenge. At this present time‚ our preliminary numbers are 2‚090 ward candidates captured on the IEC system.

“The party took the decision to submit only one name for Proportional Representation for each municipality. We continue to be inundated with more people declaring their availability to serve under the banner of COPE‚” Bloem said.

“COPE is going into these elections as a united force and with a clear focus on meeting the considerable challenges facing local government throughout South Africa.

“The announcement by the Auditor General last night should have alarmed all of us in spite of our being habituated to these failures. Billions are being lost and squandered as many local government councils teeter on the brink of the precipice‚” Bloem added.