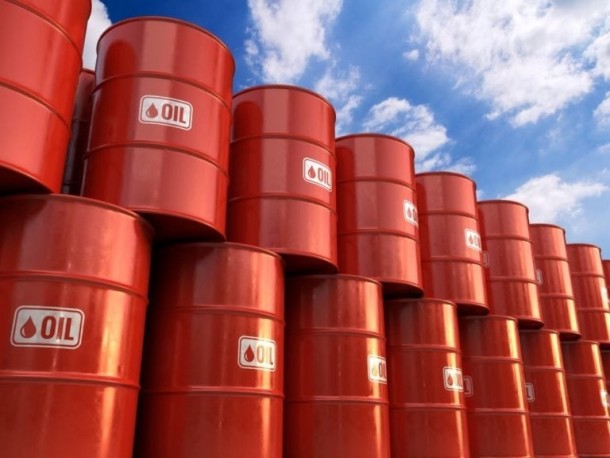 Consumers in for a rough ride as oil price rockets

Tensions in the global oil market and further weakness in the rand could see consumers fork out more than R18 for a litre of petrol in the coming months.

Already the AA has warned that the petrol price is expected to rise by R1.01 a litre and diesel by R1.24 in October. The Department of Energy will announce the fuel price on Friday.

Economists are bracing for the worst amid uncertainty over global oil production and supply‚ which may be affected when sanctions imposed by the US on the world’s third-largest oil producer‚ Iran‚ take full effect in early November.

Iran produces 3.5 million barrels a day and exports 1.8 million. Its capacity‚ however‚ has fallen by about 300‚000 barrels a day since May‚ according to Bloomberg data‚ and a further sharp decline is expected up to November 4‚ when full US sanctions kick in.

Reezwana Sumad‚ a research analyst for global markets at Nedbank‚ said Europe‚ Japan‚ South Korea and other US allies have reduced their exposure to Iran.

The Organisation for Petroleum Exporting Countries (Opec)‚ however‚ is sitting on oil reserves of at least 1.2 trillion barrels and may draw down on this as a temporary measure to prevent the oil price from rising sharply‚ Sumad said.

Oil prices jumped to a four-year high earlier this week to surpass the $80 a barrel mark for the first time since November 2014‚ stoking fears of persistently higher fuel prices for South Africans.

Higher petrol prices are a combination of a rise in global international oil prices and a depreciation of the local currency.

In August‚ government dipped into the slate-levy fund to offer relief for consumers. The result was a minor 5c increase to the petrol price to cover the salaries of petrol attendants. But energy minister Jeff Radebe said at the time that the intervention was a “one-off”.

Economists and commodity market analysts expect the Brent crude oil price to rise to at least $90 to $100 a barrel before the end of 2018.

Gavin Brennan‚ a commodities trader at RMB‚ said: “We see this as a possibility‚ but we think we may need an additional supply disruption to tip the market over the edge and move the price significantly above $80 per barrel.”

Opec‚ a group of the world’s 12 major oil-exporting nations‚ is already producing more than the agreed quotas and could cover the shortfall in Iran’s absence. “But the market does remain vulnerable to further shocks‚” Brennan said.

Nevertheless‚ oil company Total expects the oil price to rise to $100 a barrel‚ while major trading house Mercuria Energy Group thinks prices may spike at more than $100 in the fourth quarter. Competitor Trafigura Group forecasts an oil price of more than $100 in early 2019‚ according to Bloomberg.

How this will impact the fuel price for South Africans is unclear‚ given that the rand is also a factor.

RMB expects the rand to stabilise at R14.20 to the dollar by year-end and for oil prices to trade in a similar range as they are currently‚ “all adding up to a broadly unchanged fuel price‚ but with risks to the upside”.

Nedbank’s Corporate and Investment Banking unit forecasts the rand-dollar exchange rate to remain above R14 to the dollar to the end of the year and for the petrol price to rise to touch R17.50 a litre over the same period‚ provided there is no further government intervention or a hike in oil prices far beyond $80 a barrel.

Sumad said: “For 2019‚ we see petrol prices rising to at least R18.90 per litre if the rand remains weak and the Brent price remains above $75 per barrel.”

Sumad added that Opec has forecast fuel demand to wane by January next year and the International Energy Agency has admitted to downside risks for demand in 2019‚ although it has not officially revised its estimates lower.

“There are two sides to this debate. One is that there is a supply shortage‚ or will be over the medium term‚ and that the Opec is likely to realise this when it is too late and oil prices are likely to rally further. The other side of the debate is that demand is actually expected to taper off and that even if there were some supply constraints‚ this will be supplied by other Opec member states‚ along with Russia.

“Global growth is expected to slow down in 2019‚ so I don’t believe there is going to be a resurgence in demand for oil. However‚ I also think that Opec is hard-pressed given its falling spare-capacity levels in recent months‚ that it really cannot ramp up production to counter a supply shortage‚ if any.”

Chris Bredenhann‚ PwC Africa Advisory Oil & Gas leader‚ said besides Iran‚ production has declined in Venezuela from around three billion barrels a year to one billion‚ and is continuing to fall.

“There is a longer-term supply crunch heading our way as a result of reduced exploration spending over the last few years in response to lower oil prices.”

He said in the first half of the decade eight billion barrels of oil a year were discovered through exploration. But since 2014 this has dropped to around two billion barrels a year.
“Demand is forecast to continue to grow — the 2018 estimate is 1.3% and the total demand is expected to break through 100 million barrels per day.

“As the South African fuel price is a factor of the global oil price and the exchange rate‚ the SA consumer should expect to see continuing pump price increases unless the exchange rate improves significantly or the oil price drops to the lower levels we have seen in the earlier part of the year‚” Bredenhann said.