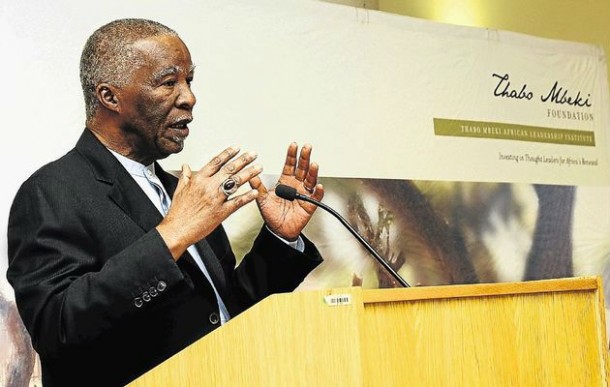 Former president Thabo Mbeki said on Friday the constitution should occupy a special place in the planned national dialogue to discuss the country’s future.

“It was the express view of the people as a whole that ours must be a constitutional democracy‚” Mbeki said.

“It means that anybody or institution which acts in violation of any provisions of the constitution is repudiating the will of the people.”

Mbeki was speaking at an event convened by the National Foundations Dialogue Initiative (NFDI) to discuss the future of the country. The initiative was officially launched in April last year to find lasting solutions to the country’s problems.

The main objective was to facilitate engagement among South Africans about issues that are key to nation building.

The topic of the session is entitled: “Why does South Africa need a national dialogue? A call to the nation.”

De Klerk told the event that the timing of the dialogue could not be more appropriate because South Africa was in the grip of its most serious challenges since the establishment of our constitutional democracy 23 years ago.

“Our economy is in a more parlous position than it was 23 years ago. There is no doubt we need a new national dialogue to discuss these pressing challenges.

“The future of all South Africans and all children for decades to come is threatened by current challenges.