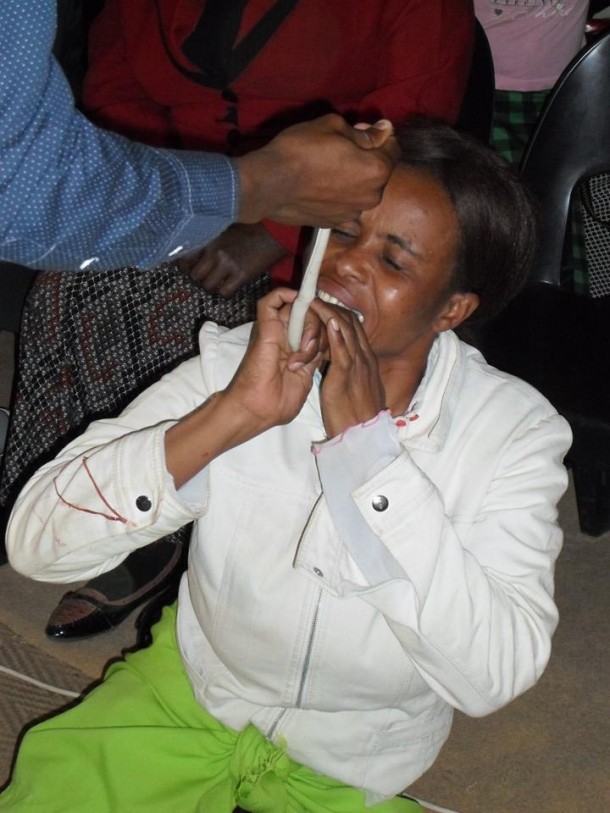 The commission responsible for religious and cultural groups has lamented the recent behaviour of some pastors‚ which have included a pastor trying to heal a woman with warts on her vagina with his shoe‚ describing them as mere acts of attention seeking.

A video‚ uploaded on his Facebook page on January 5‚ shows Pastor Zendile Andries November of Victorious Faith Ministries in the Free State capital asking one of his female congregants whether she has “pimples” (warts) on her vagina. When she replies ‘yes’‚ a man removes November’s shoe and the pastor is seen handing it to the woman to place between her thighs.

She then suddenly falls to the floor with the shoe between her thighs. Another female member is then shown saying that she went to the bathroom with the woman and that she is now healed and will finally be able to sleep with her husband.

Thoko Mkhwanazi-Xaluva‚ chairperson of the Commission for the Promotion and Protection of the Rights of Cultural‚ Religious and Linguistic Communities (CRL)‚ expressed disappointment at the recent acts by pastors.

“We believe that these pastors are competing among themselves. They want publicity. They want media attention and want to promote their churches at the expense of other people‚” she said.

The recent acts follow a long trail of unusual acts by pastors making congregants eat snakes‚ braids‚ paper‚ rocks and dirt‚ spraying insect killer over them and making them strip naked – all in the name of healing.

Last year the CRL investigated the commercialisation of religion and violations of people’s rights across churches in the country.

In its preliminary report‚ the commission found that there was indeed commercialisation of religion‚ lack of proper governance and financial management in certain churches. The commission then made proposals which would help address the problems identified.

Topping the proposals was for a peer review mechanism to be established for pastors where their conduct would be scrutinised against agreed norms and standards. It also proposed that pastors be licensed for them to do their ministry.

The religious community was given until November to make its submissions on the report but it requested an extension. Churches must submit their inputs by the end of February which will be included in the commission’s final report to be taken to Parliament.

Currently‚ Mkhwanazi-Xaluva added‚ only a court interdict could stop the pastors from their extreme religious acts but this would be temporary. “What we are saying is that we need a permanent solution to the problem…Our proposals are very clear. We are asking for a peer review mechanism. We want the same mechanism used by lawyers and doctors‚ teachers‚ social workers… where their senior peers can sit down and make a ruling on whether the behaviour is within the doctrine of Christianity‚” she said.

If the peer review mechanism rejects the behaviour‚ the pastor will then be released to find another profession.

The report of the commission will be taken to Parliament to recommend the amendment of the CRL Act‚ allowing all the new proposals to regulate the religious community.