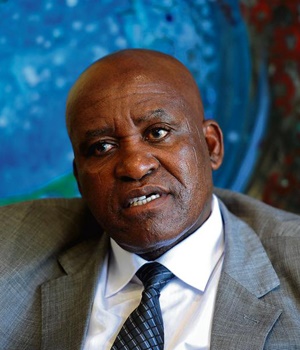 Two civil society organisations are confident that their bid to have Lieutenant-General Berning Ntlemeza removed as the head of the Hawks will succeed‚ despite a court dismissing an application to have him suspended.

Freedom Under Law (FUL) and the Helen Suzman Foundation (HSF) sought an urgent interim interdict to prevent Ntlemeza from exercising any powers as Hawks boss pending a review by the court of his appointment as Hawks boss.

“Although disappointed that the interim relief under Part A was not granted‚ it is encouraging to note that the learned Judge found that the matter was of great public importance and was clearly urgent‚” FUL director Francis Antonie said on Friday.

“In addition‚ the learned judge in fact found that the HSF and FUL demonstrated strong prospects of success on the merits of the review‚ and that the minister of police had probably ‘disabled himself from making a rational decision’ in appointing Ntlemeza.”

“The HSF and FUL are thus confident that their proceedings to have the appointment of Ntlemeza as the national Head of the Hawks declared unlawful and set aside‚ will succeed.”

Judge Neil Tuchten said in his judgment that he was not persuaded that the argument before him was compelling enough for him to grant the interdict.

HSF director Francis Antonie said in his founding affidavit supporting their bid for an interdict that Ntlemeza was appointed despite scathing judgments against him relating to Ntlemeza’s unlawful suspension of Gauteng Hawks head Major-General Shadrack Sibiya.

In one of the judgments‚ Judge Elias Matojane stated that Ntlemeza was “biased and dishonest” and “lacked integrity and honour” as Ntlemeza had made false statements under oath.

The judge also remarked that Ntlemeza had a “contemptuous attitude towards the rule of law and the principle of legality and transparency”.

Antonie said police minister Nkosinathi Nhleko‚ in making a decision to appoint Ntlemeza‚ failed to take into account all the relevant factors‚ most notably judicial pronouncements in the Sibiya judgments that cast serious doubt on the fitness and the propriety of Ntlemeza to hold office.

But Tuchten pointed out that the proceedings before Matojane were not concerned with whether or not Ntlemeza was fit to be the head of the Hawks and therefore those proceedings were not relevant to the “present context”.

Tuchten however stressed that the police minister was not entitled to ignore the finding of a court but was required to sufficiently delve into the facts around the case and make an informed and rational evaluation but was not bound to agree with a court or tribunal.

Tuchten said that he was not in the position to judge whether Ntlemeza was a person of “bad character” who would cause irreparable harm if allowed to continue in his position pending review proceedings.

Tuchten said he found it difficult to judge Ntlemeza’s character solely on findings made in motion proceedings while in other cases‚ one has the benefit of cross-examination of someone accused of “bad character”.

“In the present case‚ I do not have the record of the cases so that I can decide whether I agree with the evaluations‚” Tuchten said.