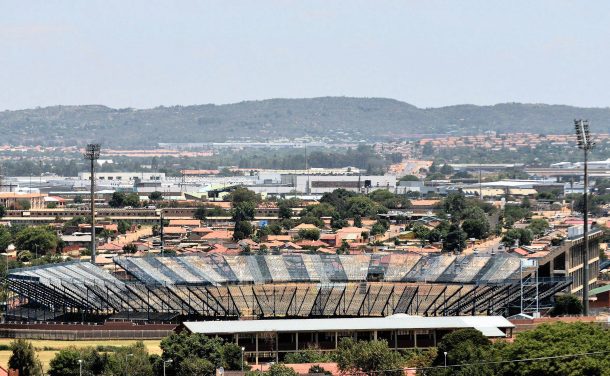 City of Tshwane administrator Mpho Nawa has confirmed that they will seek a meeting with Mamelodi Sundowns president Patrice Motsepe to explore how they could work together on the refurbishment of HM Pitje Stadium.

Motsepe said last week that he is willing to use his own money on the upgrades of the stadium if government comes on board.

“We would use some of our own money if the government comes on board – we will do something there‚” Motsepe said last week.

HM Pitje Stadium‚ which is the spiritual home of the Brazilians‚ has been a white elephant for about 15 years and Motsepe says returning to the venue remains part of their long-term plans.

The stadium was closed for upgrades as a 2010 Fifa World Cup Legacy Project but there have been countless delays and major civil engineering problems to the main grandstand‚ where seating angles are dangerous.

Reacting to Motsepe’s comments that he is willing to work with government‚ Nawa said Tshwane will request a meeting with the Sundowns owner this week if he is available.

“We will follow up with him [Motsepe] to find out what is his thinking on this matter and at the same time share our thinking so that we can rethink how we could work together going forward‚” said Nawa‚ whose temporary leadership of the city together with his other administrators is disputed in the courts.

“I will activate that we call him so that we have a discussion sometime this week depending on his availability. We want to say to him that‚ ‘we have heard you and can we talk about this’.

“Gauteng government recently said plans are underway to refurbish the stadium and I will also have to get them involved so that we work together on this matter.”

MEC for Sports and Recreation in Gauteng Mbali Hlophe was yet to respond to questions on whether the provincial government will be interested in attending the meeting between the City of Tshwane and Motsepe.

Nawa said refurbishing HM Pitje Stadium will have far-reaching social and economic benefits for the people of Mamelodi and Sundowns.

“Our interest in this case will be to benefit local people. This move must help to elevate local businesses‚ build social cohesion and to help supporters of Sundowns and other teams by not travelling too far to football.

“It will be a good idea to revive the township economy and to expose the township to other people. Take for example‚ when Sundowns are playing a team from Cairo or anywhere on the continent‚ it is a huge opportunity for growth in terms of geographical positioning.

“We could also have hotels and a sports complex there. Most clubs around the world have a shop where you can buy merchandise‚ a museum and do stadium tours to generate income and employ local people. So‚ there are huge opportunities and it will be a brilliant thing for the people of the city.”