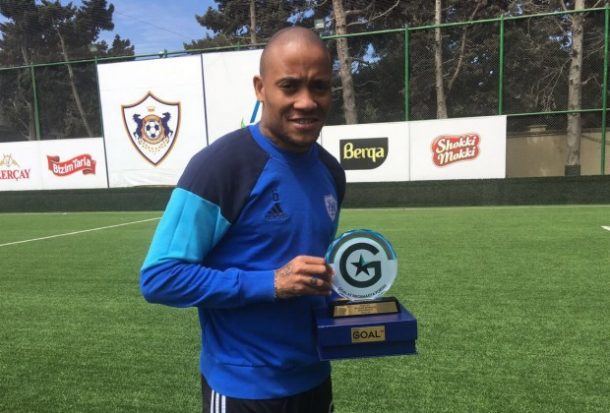 As the Covid-19 pandemic continues to spread in South Africa‚ Chinese-based footballer Dino Ndlovu has said the South African government’s reaction to the coronavirus pandemic is “too slow”.

The former Bafana Bafana striker has also suggested that the South African government “should cut everything” if it is to contain the outbreak.

Ndlovu‚ who plays for Chinese club Zhejiang Greentown‚ was in the Hangzhou province when the novel coronavirus first exploded in Wuhan city‚ some 800km away from his club base.

The coronavirus has infected almost 200‚000 people globally to date and killed 7‚900.

The latest covid-19 cases in South Africa stood at 116 by Wednesday morning and‚ like many others‚ Ndlovu has warned that outbreak could spiral out of control if the government is lax in containing the spread.

“Listen‚ I think in South Africa our reaction is too slow‚” Ndlovu told TimesLIVE.

“I don’t like to say this but the numbers of 61 confirmed cases will rise drastically because the government doesn’t want to take a stand to say‚ ‘Look for 30 or 60 days nobody is going to work’.”

The Covid-19 cases in South Africa doubled to 116 on Wednesday March 18 from 61 two days previously.

Sports events across the world have ground to a halt with postponements and cancellations in the wake of President Cyril Ramaphosa’s declaration this week of a national state of disaster.

A ban of gatherings of 100 or more people has been imposed by the government but Ndlovu believes more could be done as the country grapples with the disease that is wreaking havoc worldwide.

“I say whilst numbers are still less the government should cut everything‚” Ndlovu said.

The Klerksdorp-born footballer has also urged the South African government to ease the burden on citizens in order to protect the economy and the public amid the Covid-19 pandemic.

“The government should lift the burden on the citizens who have debts to say that for 30 to 60 days nobody should be debited until the beginning of June‚ and then we will see how far we are in terms of this virus.”

According to the South African health ministry on Wednesday‚ there has been an increase of 31 new cases since Tuesday night’s announcement of 85 cases.

“As part of tracking and tracing‚ we have collated background information on how these patients were infected‚” health minister Dr Zweli Mhkize said on Wednesday.

But Sports Minister Nathi Mthethwa on Tuesday gave a government go-ahead left for games to be played behind closed doors in line with stringent health management requirements.

Safa were to brief the media on Wednesday at noon at their headquarters in Johannesburg.

At the same time high-level meetings‚ including the gathering of 32 professional clubs in the PSL’s board of governors on Thursday‚ government and stakeholders‚ are ongoing at various levels to decide whether to impose a total shutdown of football or play matches behind closed doors.