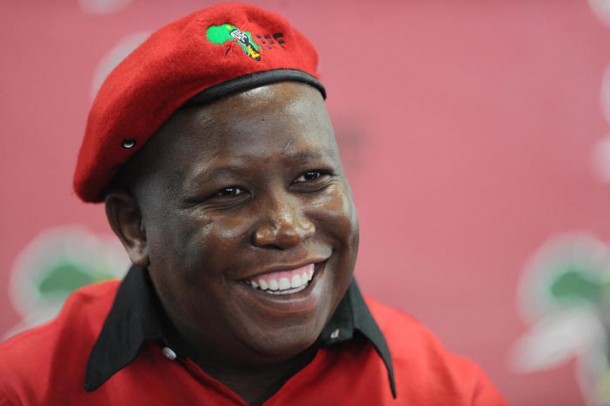 Charges aim to destabilise us‚ but they’re actually bringing us together’: EFF’s Gardee

The Economic Freedom Fighters (EFF) is confident of victory in the court case against leader Julius Malema in the Bloemfontein Magistrate’s Court on Monday for allegedly inciting his supporters to invade land.

Secretary-general Godrich Gardee told party supporters who attended a night vigil on Sunday evening that the charges were an abuse of state power‚ with an “aim to destabilise us‚ but they’re actually bringing us together”.

“We have a government of clowns‚ a captured state‚” he said.

“We’ve been winning court cases and this one will not be an exception. This is no longer prosecution but persecution.”

The charges‚ under the Riotous Assemblies Act‚ relate to a statement the EFF leader made two years ago.

Malema told the EFF’s elective conference in Bloemfontein in 2014 that: “We are going to occupy the unoccupied land because we need the land. For us to eat‚ we must have the land. For us to work‚ we must have the land… I come from Seshego. If there is unoccupied land‚ we will go and occupy the land with my branch. You must go and do the same in the branch where you come from.”

He recently appeared in the Newcastle Magistrate’s Court in KwaZulu-Natal on similar charges.

Gardee said that African National Congress (ANC) is using “apartheid laws‚ which were made to jail our struggle heroes‚ to jail their very own people”.

“The ANC is simply saying that the peace of white people must not be disturbed.”

Gardee claimed Malema was being singled out‚ saying “we have all spoken about land but they only charge the CIC because they think striking the leader derails us”.

Malema’s case in the Newcastle Magistrates Court last Monday was postponed to allow him to approach the Constitutional Court to ask it to find the Riotous Assemblies Act unconstitutional.

The state agreed to the postponement on condition that Malema provides proof that he has filed the application.