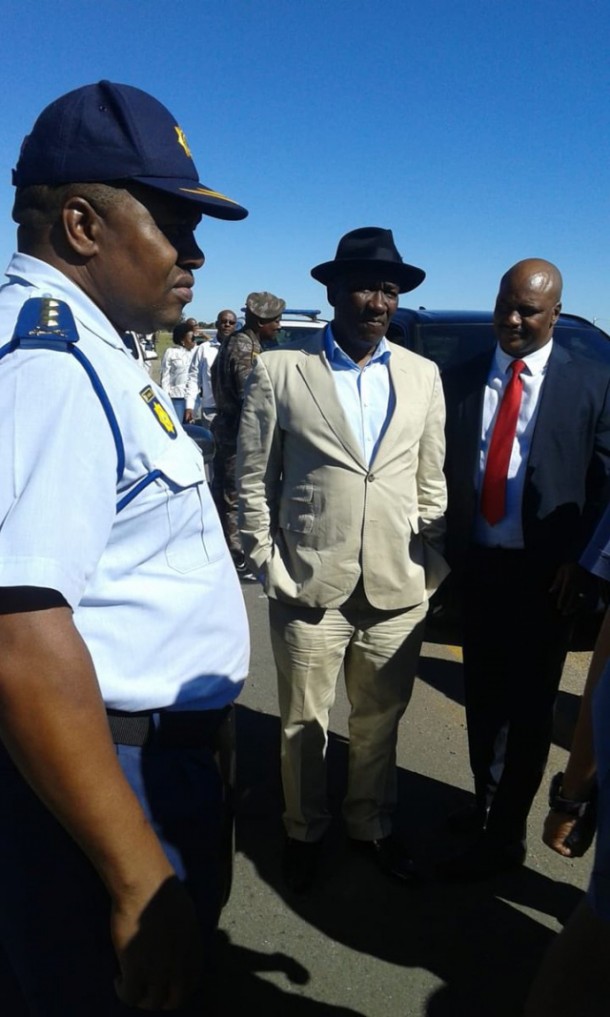 Police Minister Bheki Cele tried to appease tensions among foreign nationals whose stores were looted during protests this week in Mahikeng.

Cele told store owners on Friday that police were working hard to normalise the situation in the North West capital.

He was addressing them just outside of Danville‚ en route to an intervention meeting by President Cyril Ramaphosa in response to days of violent protests over calls for the removal of Premier Supra Mahumapelo.

“The situation is not only bad for you but for all over. I’ve been around. So you will understand. The situation won’t be normal today or tomorrow but…we are working hard‚” Cele said.

On Thursday night‚ more stores were looted across the town as police tried in earnest to quell the fires and remove barricades.

ANC provincial leaders‚ as well as their counterparts in the alliance‚ gathered at Heritage House for the meeting with Ramaphosa.

Protest leaders‚ who call themselves the Revolutionary Council‚ said they called off protests on Friday hoping for the president to fire Mahumapelo.

The situation in the town remained tense while some big retailers opened for business.

Queues in the local OK supermarket and Spar winded around the stores as locals stocked up on grocery items.

Stores were closed around the town for the last two days as violent protest brought the town to a standstill.