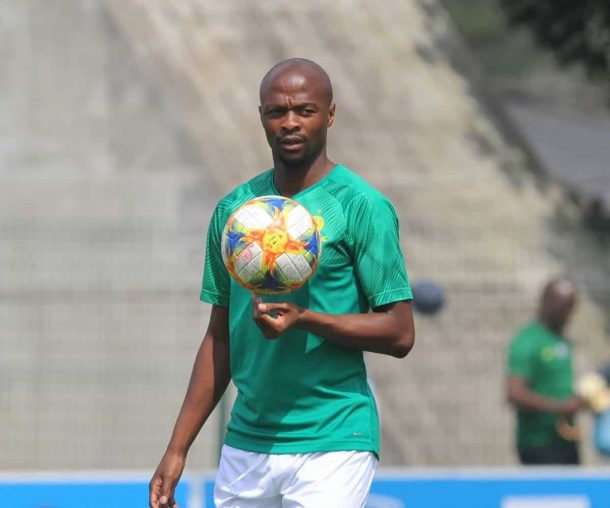 While Bloemfontein Celtic coach John Maduka admitted it could have been the inexperience of his players that  led to them  surrendering the Nedbank Cup trophy to Mamelodi Sundowns at the Orlando Stadium on Saturday night‚ it is the controversial circumstances in which they lost the game that are likely to hog the headlines in the coming days.

Celtic lodged a protest at the end of the match after they became aware that Sundowns had  left back Tebogo Langerman in the team list. Langerman had been listed by the Premier Soccer League as suspended after collecting four yellow cards.

Sundowns actually wanted to bring on Langerman as a replacement for the injured Lyle Lakay towards the end of the match‚ but after apparently learning from the match officials that he was suspended‚ they then  rescinded their decision.
That didn’t escape the eye of the Celtic officials who promptly laid a protest after the match in an attempt to deny Sundowns their first domestic treble in the PSL era‚ which came courtesy of Gaston Sirino’s 79th minute strike.

Maduka confirmed in the post match interviews  that  Celtic lodged a protest on‚ but didn’t want to get to the details on how he sees it unfolding in the coming weeks.

“I know that Mamelodi Sundowns tried to bring in one of their players that was on suspension‚ but I’ll leave it to the officials to tackle that‚” said Maduka of the confusion that ensued in the 85th minute of the game.
In chapter 4 of National Soccer League’s Handbook‚ which deals with Protests and Complaints‚ rule number 51.3 states that: “Where the protest relates to a Player who is alleged to be an ineligible Player‚ the protesting Member Club will lodge a written objection to the fielding of the Player detailing the reasons for the objection‚ with referee and the opposing captain in the presence of an assistant referee no later than 30 (thirty) minutes before the start of the match.”

What could come as a relief to Sundowns is that Celtic appeared to notice the alleged fault late in the match and therefore could  only lodge their protest at the end of the game.

Commenting on the match itself‚ Maduka agreed that his team hardly matched Sundowns on the field of play and it was probably because of their lack of experience in such big matches that led to their failing to emulate the class of 1985 who are still the only Celtic side to win this cup for Phunya Sele Sele.

“It’s very difficult to win a game when you play such opponents like Sundowns‚ when you have about five players who are off on the day‚” Maduka said.
“The goal we conceded was also about our failure to put pressure on the man. But I’m so proud of the boys and we’re looking forward to the coming season.”

Maduka‚ now expected to be confirmed as Celtic permanent head coach after ensuring they finish eighth in the Premiership‚ did admit that the  gulf in experience was a deciding factor.

“Maybe it could be‚” Maduka said when he was asked of his team’s pedigree.
“At training they looked good and looked confident and in most of our talks we were saying go and play like you were playing against any other team. Play your normal game.

“So it could be that the stage was big but it’s one of those things. Sometimes you learn in a hard way. We didn’t pitch. If we played the way we normally play‚ I think we would be talking a different story.”