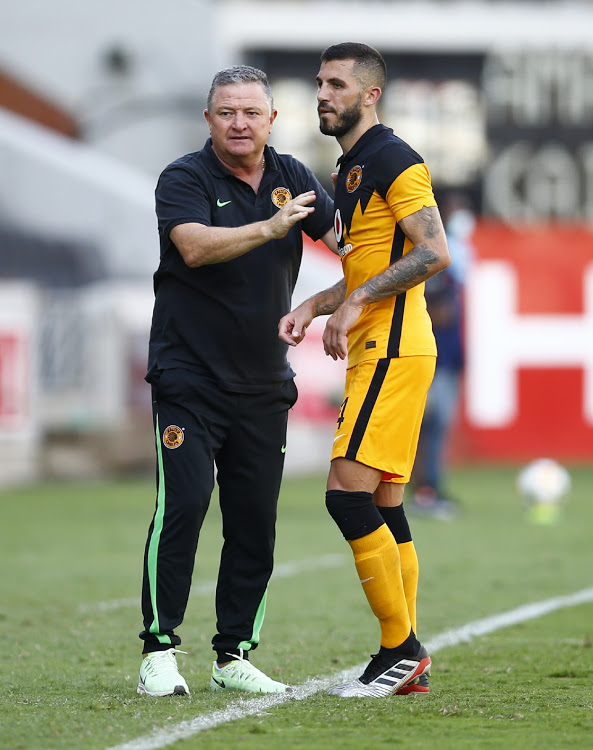 Cardoso on Chiefs mentor Hunt: ‘the coach is giving us a bit more confidence at the moment’

Kaizer Chiefs’ combination play and ability to keep the ball on the ground in build-ups has improved markedly in recent games‚ centreback Daniel Cardoso has noted.

The defender said he hopes that can translate into a rare win for Chiefs in the DStv Premiership‚ where the ninth-placed team will be looking for a league double over Cape Town City at FNB Stadium on Wednesday evening (kickoff 6pm).

Chiefs beat Jan Olde Riekerink’s City – currently in seventh place – 2-1 in the first round at Cape Town Stadium in January.

On the back of their heroics in the Caf Champions League‚ where Amakhosi have reached a first-ever quarterfinal‚ Gavin Hunt’s team continue to be frustrated in the league. They conceded a late equaliser against Baroka FC on Thursday that saw Chiefs notch their sixth draw in their last nine league matches‚ where they have won just once and lost twice‚ as Premiership points remain elusive for the battling Soweto giants.

Cardoso‚ though‚ said a run of eight matches unbeaten in all competitions is an indication that Chiefs are finally warming to Hunt’s tactics and combination play.

“Obviously the draw right at the end on the weekend caught us a bit‚ but heads are up and spirits are up in the camp‚” the defender said.

“We’ve got Cape Town City on Wednesday. It’s not going to be an easy one – they are a very good ball-playing team.

“We saw that when we played them in Cape Town‚ where we managed to overcome them 2-1‚ but they started putting pressure on us towards the end and we held out.

“It is a home game‚ and I think that we should be collecting the three points. We really need it at the moment. We need to start climbing up the league table – we’ve been doing well in Caf but in the league we’ve been struggling a bit.

“City hardly play the long-ball‚ they play combination play. So it’s going to be a tough one.

“We are starting to come together nicely. As you can see in the past few games we’ve been playing a bit better – you know‚ it’s not just long-ball all the time.

“So the coach is giving us a bit more confidence at the moment.”

Chiefs have 25 points from 21 games and City 30 from 22 so a win for either team on Wednesday evening can play role in the bunfight for mid-table and top eight jostling.

City are coming off a resounding 3-0 home victory against sixth-placed SuperSport United on April 10 that ended a run of eight league and cup games without a win.