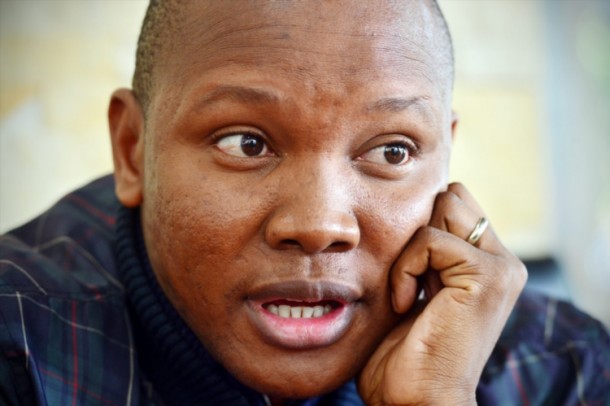 The “Please Call Me movement” and the ANC’s Liliesleaf Farm branch have called on South Africans to cancel their Vodacom contracts and boycott sporting events sponsored by the company.

Activists demanding that “Please Call Me” inventor Nkosana Makate be paid for developing the product in November 2000 unveiled their plan of action against Vodacom on Wednesday.

ANC Gauteng deputy chairperson Panyaza Lesufi‚ saying he was speaking in his personal capacity‚ called on all South Africans to boycott Vodacom if the stand-off is not resolved and Makate is not “appropriately compensated” by February 1.

“We are also calling on South Africans not to attend all Vodacom-sponsored activities‚ it can be sporting‚ racing‚ any activity that is supported or participants are sponsored by Vodacom.

“We are calling on our people to immediately terminate their contracts with Vodacom so that Vodacom can understand that they have angered society‚” he said.

‘Bring it on!’: Lesufi stands firm after Vodacom cease-and-desist order
Lawyers for Vodacom have served Gauteng education MEC Panyaza Lesufi with a cease-and-desist document‚ warning him to stop commenting on its ongoing …
NEWS 5 hours ago
Lesufi‚ who is also MEC for basic education in Gauteng‚ said activists‚ including himself‚ were willing to lobby the government and government institutions to cancel contracts associated with Vodacom.

“We are starting discussions with international organisations‚ that we know are pro-customers‚ to assist us to isolate Vodacom and its brand internationally.

“We are going to formally register our displeasure and dissatisfaction on how Vodacom is handling this matter. We believe this matter deserves their attention and we ask for their support‚” he said.

Lefusi also called on all Vodacom customers “to request an airtime and data advance and refuse to pay so that Vodacom can taste its own medicine”.

He said Vodacom subjected Makate to “a serious commercial injustice” and called on all South Africans‚ across political lines‚ social class‚ labour organisations and youth movements to join in the boycott.