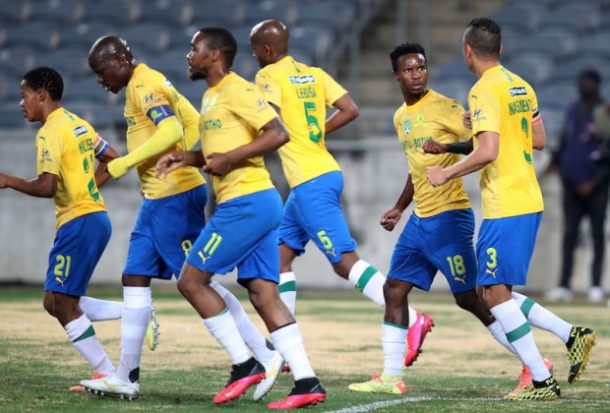 Champions Mamelodi Sundowns have a squad that is the envy of most coaches in the league but mentor Manqoba Mngqithi does not want to be drawn into suggestions that the Brazilians have enough depth in their ranks to complete an unprecedented unbeaten run to the title this season.

The Sundowns coaching trio of Mngqithi‚ Steve Komphela and Rulani Mokwena have been forced to change their team due to Covid-19 and other enforced reasons almost every weekend‚ but the quality on the bench has ensured a continuation of their unbeaten run‚ and a confirmation of their stay at top of the pile after eleven matches.

At the weekend against Pretoria neighbours SuperSport United‚ the Brazilians got away with a point and a clean sheet despite the unavailability of key players like Ricardo Nascimento‚ Rivaldo Coetzee‚ Lyle Lakay and Andile Jali.

The embarrassment of riches at Chloorkop also afforded them the luxury of starting the match with Kermit Erasmus‚ Aubrey Modiba and Hlompho Kekana on the bench.

“To be honest it (going the entire season without losing) is not what we are looking for‚” he said.

“We always focus on each game that comes our way to make sure that we always have proper defensive and offensive strategies‚ as well as transitional moments in between to try and have proper principle lines and base lines with regards to what we want to achieve in possession and out of possession‚” he said.

Mngqithi said the players are adapting to the way the technical team wants them to play and this is one of the main reasons for their good start to the season‚ where they have won seven and drawn four.

“Our players have been adapting to what we are trying to achieve very well. We have hardly been caught a lot on counter-attacks and we have played against some of the best teams when it comes to counter-attacks.

“Stellenbosch‚ Orlando Pirates‚ Cape Town City and Golden Arrows are some of the teams that are good when it comes to counter-attack. Those teams are very difficult to play against because when they come out they can be very dangerous.

“Even SuperSport can be very dangerous on transition‚ more especially when they have Kudakwashe Mahachi and Ghampani Lungu.

“But honestly speaking‚ the boys have been adapting very well to the idea of how we consolidate and know that whenever we are in possession we are always anticipating the possibility of losing the ball.

“We know that we have the potential to score more goals if we can keep more clean sheets‚ and we are excited with the team that has been playing. All the coaches are working very hard and the team is balanced…. so far so good.”

Sundowns return to action when they host Bloemfontein Celtic at Lucas Moripe Stadium on Tuesday where they will be looking for an opportunity to open up a three-point gap over second-placed Swallows FC.

The champions were crowned Dstv premiership Q1-Innovation Quarter One winners on Monday after pipping second-placed Moroka Swallows to the R1‚5million prize.