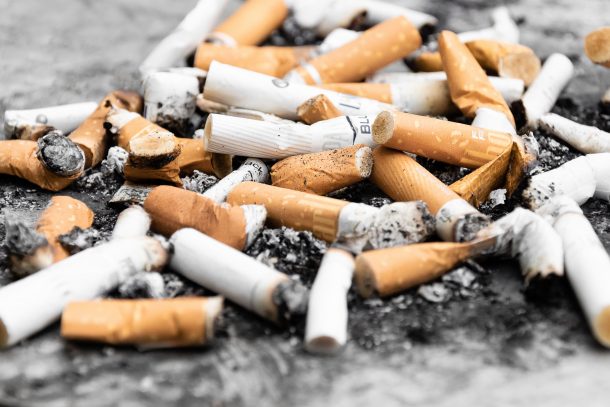 British American Tobacco SA (Batsa) has decided to hold back on challenging the government in court for extending the ban on cigarette sales despite easing other lockdown regulations.

After initially announcing that cigarettes would be on sale during level 4 of the coronavirus lockdown‚ the government backtracked several days later.

Batsa said on Wednesday that it was no longer taking its fight to court after receiving a response from the government to its formal letter seeking answers on April 30.

Instead‚ the company said “at this stage” it was willing to work with the government to find solutions rather than pursue legal action.

“Having considered the response from the government and noting President Cyril Ramaphosa’s public statement of Monday May 4‚ as a business‚ we have taken the decision not to pursue legal action at this stage but‚ instead‚ to pursue further discussions with the government on the formulation and application of the regulations under the Covid-19 lockdown‚” said Batsa.

“We are convinced that by working together we can find a better solution that works for all South Africans and removes the threat of criminal sanction from 11-million tobacco consumers in the country.”

As smokers’ cigarette supplies dwindled‚ the illegal sale of cigarettes increased which‚ Batsa said‚ threatened the jobs of those who operated legally.

“The statement [on Tuesday] from commissioner Edward Kieswetter that Sars has ‘clear evidence’ that the illicit economy is ‘thriving’ and that there could be a shortfall of R285bn in tax revenues this year lays bare the challenge facing the government‚ businesses and all South Africans‚” the cigarette maker said.

“We urge government to consider an approach that will address their concerns while also ensuring legitimate businesses can contribute to this country’s economy and future growth. The illicit traders are the only beneficiaries of the ban on tobacco sales.”

The company said the illicit trade of tobacco products was undoing all previous efforts by the government to smoke out the illegal trade in cigarettes‚ adding that previously this had cost the country more than R10bn a year.

“Reopening the legal‚ taxed and regulated tobacco market must be part of the solution. Cigarettes should be sold only in established retail outlets where the government’s correct social distancing guidelines can be enforced.

“At the moment‚ smokers are putting themselves and their households at further risk of the virus by moving around in search of cigarettes being sold by illegal traders‚” the company added.