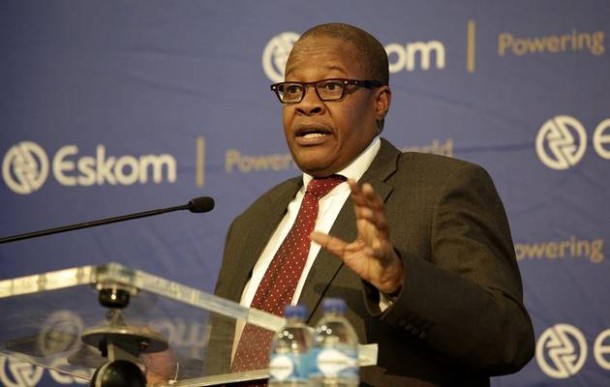 The full bench of the high court in Pretoria on Thursday declared the decision to re-instate former Eskom boss Brian Molefe invalid – and ordered him to pay back the estimated R11-million he has received as part of R30.1-million pension payout.

Molefe was also ordered to pay the legal costs of trade union Solidarity‚ the DA and EFF.

The court concluded that Molefe’s assertion that he never resigned but took early retirement was “manifestly false” and that his reinstatement as the power utility’s Group CEO was at “variance with the principle of legality”.

Judge Elias Matojane said the court’s conclusion was that Molefe terminated his employment by agreement or that he resigned.

The judgment‚ confirmed by Judge Hans Fabricius and Judge Segopotje Mphahlele‚ stated that Molefe was never entitled to receive the payment.

Solidarity has welcomed that ruling‚ saying justice has prevailed and that the ruling confirmed that corrupt activities could only be concealed for so long.

It paved the way for criminal prosecution of Molefe‚ said the union’s chief executive Dirk Hermann.

Last year‚ Solidarity said that the National Prosecuting Authority (NPA) had indicated in its opposing papers that the Office for Serious Economic Offences of the Directorate for Priority Crime Investigation would investigate the parties involved in the unlawful pension award made to Molefe.

Solidarity said on Thursday it would hold the director of public prosecutions “to his word and plans to make representations within two weeks on the grounds for criminal prosecution of Molefe”.