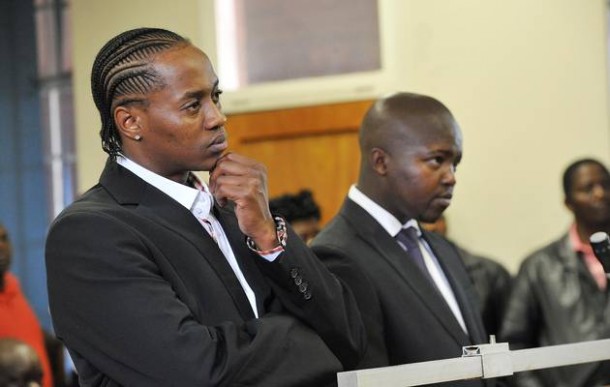 Molemo “Jub Jub” Maarohanye has been released on parole.

Maarohanye and Themba Tshabalala were convicted in 2012 for crashing their cars into a group of school children in 2010. The accident left four boys dead and two others seriously injured.

It was widely reported in December that the disgraced musician‚ who has served half of his eight-year jail sentence is eligible for parole early  in January.

Correctional services reportedly said on Thursday that the pair will serve the remainder of their sentences under correctional supervision.

In December‚ the Department of Correctional Services launched an investigation into claims that Maarohanye allegedly assaulted his girlfriend while on a weekend visit home.

According to Sunday World‚ Vanessa Mgcina opened an assault case against Jub Jub‚ claiming that he had “strangled” her with “both hands” during an alleged altercation at the rapper’s house in Naturena‚ Johannesburg on December 2.

However‚ the case of assault was withdrawn.

Speaking to TshisaLIVE on Thursday morning Jub Jub’s lawyer Rudi Krauser confirmed that his client had been released.

“Yes it is true. Jub Jub was released this morning on parole. I have not spoken to him yet but will be meeting with him later this afternoon,” Krauser said.