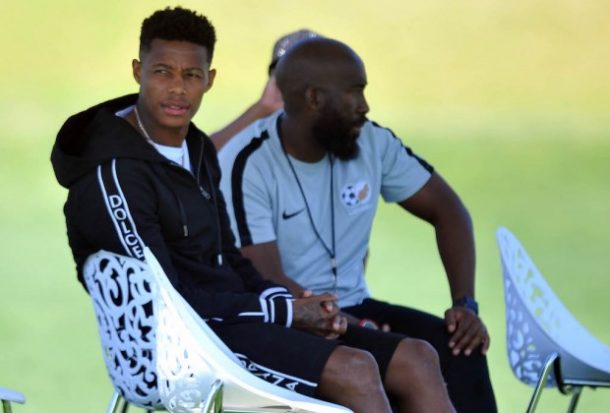 Bongani Zungu’s Amiens SC felt hard done by when the Ligue 1 season was cancelled as they believed they had fixtures they could have won in the run-in to the close that could have saved them from relegation‚ Bafana Bafana team-mate Keagan Dolly has said.

He said Zungu – for whom a loan move‚ with an option to sign outright‚ to Spanish La Liga club Mallorca fell through on the last day of the January transfer window – is weighing his options of his next career move.

“Amiens being relegated was a bit touchy for Bongani because they felt like there were a few games that they played they maybe could have won‚” Dolly said.

“But it’s unfortunate for them that the league took the decision that they took.

“I think it’s important now for Bongani to try and focus on his next step. And when he’s ready to talk about where he’s going to then I’ll be able to know where he’s coming from.”

Zungu’s loan to Mallorca capitulated at the last minute when Amiens failed to sign midfielder Victor Wanyama from Tottenham Hotspur.

Amiens were in 19th in the 20-team French top-flight when the season was cancelled due to the coronavirus on April 28.

Having earned some strong reviews against Ligue 1’s biggest clubs‚ Zungu seems sure to try to find a top-flight outfit to turn out for now Amiens have dropped to Ligue 2.

The former Mamelodi star signed for Amiens in August 2017 after impressing in Portugal for Vitoria Guimaraes.

Montpellier‚ where Dolly has suffered an injury-ravaged two seasons‚ ended eighth in the abbreviated Ligue 1‚ where Paris Saint-Germain were champions.

A Paris court on Friday rejected an appeal from relegated French Ligue 1 clubs Toulouse and Amiens as well as rivals Lyon who claimed the season had wrongly been abandoned last month‚ AFP reported.