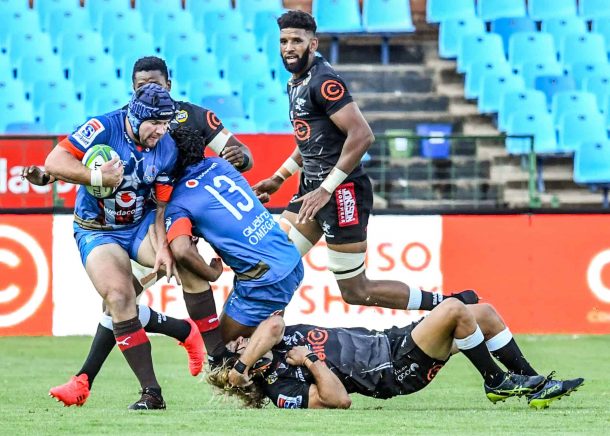 The Blue Bulls and the Sharks may not have the most enduring rivalry in Currie Cup finals but it has been one of raging intensity since sparks first flew in 1990.

They meet again in the final at Loftus Verfeld on Saturday and as was the case then‚ the home team will start as clear favourites in the latest instalment of the rivalry.

While they did lock horns way back in the 1956 final in Durban the rivalry took a venomous turn in 1990.

Two weeks before that final the Bulls humbled Natal 28-6 in a league match and few gave the men from Durban a chance of winning the climax. It is now‚ of course‚ the stuff of legend that Natal won the trophy for the first time when they upset the Bulls 18-12 in the centenary edition of the tournament.

The Bulls were stung by that result and in the aftermath captain Naas Botha’s comments‚ although ungracious‚ proved prescient.

“Northern Transvaal will be in the final next year‚” Botha said in a televised interview.

“I doubt Natal will be in the final because it requires something else to be a champion and to remain a champion. Natal have to prove they are champions by winning that cup again. A one-off‚ forget it‚” Botha snarled almost dismissively.

With those comments perhaps still echoing their league match in Durban‚ the following year saw Natal thump the Bulls 54-15. Later that year‚ however‚ the Bulls avenged that defeat by smashing the then Banana Boys 62-6 in the Lion Cup final‚ in a clear show of intent.

It wasn’t until 2003 that the teams met again on a grand stage. It proved a bit of a tempestuous affair according to the man in the middle Shaun Veldsman‚ who took charge of his only Currie Cup final.

“I seem to recall Butch James and Ollie le Roux both getting yellow cards in that game. Butch for a high tackle and Ollie foul play‚” said Veldsman.

“Those teams always had a bit of niggle in their clash and with a coach like Kevin Putt in charge of the Sharks‚ they were always going to be a little confrontational.

“The Bulls under Heyneke Meyer were a bit more placid‚ but they stuck to their guns tactically. The Sharks were hellbent on intimidating the Bulls‚” recalled Veldsman.

The Bulls ran out comfortable 40-19 winners in a final that was contested while the Springboks were on Rugby World Cup duty in Australia.

The last time the sides met in the final was in 2008 when they clashed in Durban. The Sharks scored tries through Frans Steyn and Ruan Pienaar and kept the Bulls at arm’s length in an uninspiring final. When referee Jonathan Kaplan dropped the curtain the hosts were 14-9 up.

Meanwhile‚ the country’s most experienced whistleman‚ Jaco Peyper‚ has been assigned to referee this year’s final.

He will join André Watson (7)‚ Jonathan Kaplan (6)‚ Steve Strydom (6) and Freek Burger (5) in an elite band of referees who have taken charge in five Currie Cup finals. Peyper first took charge of a Currie Cup final in 2012 and four years later he went on a run of three successive finals.

This will mark Peyper’s first Currie Cup final at Loftus Versfeld after having been the man in the middle in finals in Durban‚ Cape Town‚ and Bloemfontein previously.

He will be assisted by AJ Jacobs and Griffin Colby‚ while Marius van der Westhuizen will be the TMO. Rasta Rasivhenge has been appointed reserve referee if Peyper is unable to fulfil his duties.