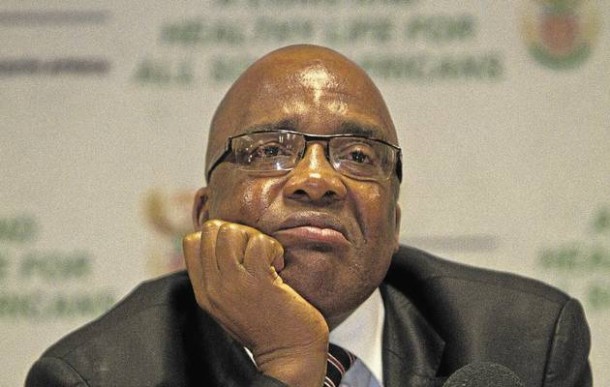 Doctors are furious with Health Minister Dr Aaron Motsoaledi for blaming them for being without jobs and saying doctors “can’t claim to be unemployed”.

Motsoaledi on Thursday held a press conference to correct media reports about what he called “so-called lists” of unemployed doctors who cannot find community service‚ internship and job posts.

He said there were 147 vacancies in the state sector for newly qualified doctors who could not find work.

Motsoaledi said: “So the 135 doctors quoted in the media who are said to be without jobs may contact us because we don’t know them… It is up to them to choose from amongst these [posts] but they can’t claim to be unemployed.

Mashozi Zinhle‚ who cannot find a job‚ said: “I love how they make it look like it’s the doctors turning down a few posts – what a joke.

“What posts are we turning down? I want him to direct me to the KwaZulu-Natal Department of Health website. There is not one post advertised for doctors.

Speaking for the SA Medical Association‚ which was due to issue a rebuttal statement later on Friday‚ spokesman Mark Sonderup said: “Sama is deeply disappointed with the minister’s response and his comments in general are an affront to all doctors.”

Baba called Joe Maila‚ the department’s spokesman‚ for the list of the 147 jobs and said he has been unable to provide it.

Matheena Mahir‚ a newly qualified doctor who cannot get a post in state institutions‚ said the minister’s comments were “a smack in the face”.

“Some of us have joined private practice because vacant posts that exist in hospitals we do actually want to work in… remain unfunded. So if‚ for example‚ the 13 vacant posts at King Edward are part of the 147 vacant posts‚ why aren’t they being advertised?”

The minister had denied reports that the state could not fund posts to absorb the increased number of doctors it was training‚ saying: “We still have a huge shortage of doctors. We needed to increase production [of doctors].”

One doctor went onto the Mpumalanga Department of Health website to find vacant posts and noted that the last job advert was placed in September 2016.

Doctor Justin de Freitas heard KZN MEC for health Sibongiseni Dhlomo on the radio saying it was the doctors’ choice to be unemployed and those claiming that posts are frozen are “delusional”.