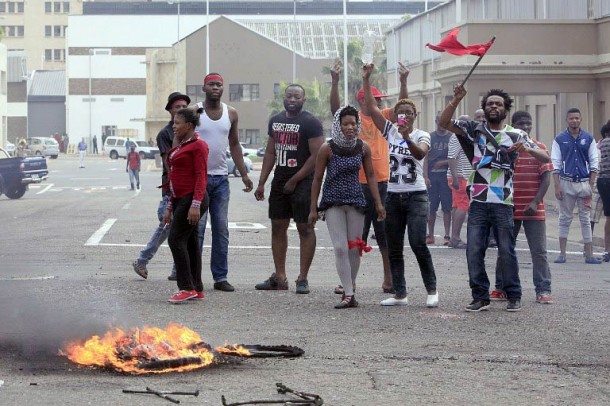 Black youth, your fate Is in your hands

The debate on the freedom (or lack thereof) of the black youth has generated more heat than light.

Instead of sober thought and positive analysis, we have witnessed shallow dialogue, predictable utterances and finger pointing that traps black youth as perpetual whiners.

That this negativity is peddled by academics and self-styled youth leaders is more depressing.

We need to understand and acknowledge that in the global village the condition of our black youth is neither special nor unique. The same tragic reality confronts young people around the world in countries like Brazil and Spain, for instance.

Youth around the world live in what Bell Hooks defines as a “white supremacist patriarchal capitalist” system that promotes wealth monopoly, selfishness and greed.

Yes, unemployment and poverty are real challenges, especially for black youth. If truth be told, there are no prospects of increasing employment as modernisation is moving towards automation, relying less on humans.

But it would be naïve for anyone to expect an untransformed capitalist system that promotes and preserves inequality and injustice to deliver a golden egg for the black youth.

Perhaps the biggest start for us is not to moan about a situation that has absorbed black political and business leadership into its ranks. Instead, let us explore solutions of how should the black youth deal with this challenge.

We are all in a situation where we must do the best we can with what we have.

The first step is for the black youth to squeeze drop by drop out of themselves the victim mentality, sense of entitlement and dependency syndrome that misleads them to believe life owes them something.

Whether black youths admit or not, they are neither slaves nor oppressed men and women. The advent of democracy and freedom has transformed black people into human beings with the mental power and determination to change their own conditions. This begins, first, at an individual level.

It is time black youth internalised the inspirational words of Nelson Mandela when he said: “The power is in your hands.”

In fact, we need to tell the youth that if they have neither purpose nor personal vision by the time they turn 25, they have no business expecting anything from anyone. Now that we are a 22-year-old democracy, it is time for tough love.

Those of us who grew up under the jackboot of apartheid have always watched and read stories of men and women who came from poverty, oppression and exploitation who rose to become “somebodies” in life. We learnt that despite challenges and problems, it was possible to achieve your dreams.

Those who were readers were inspired by books like Up from Slavery by Booker T. Washington, whose philosophy of individual self-determination is the golden thread that runs through the thinking of the ANC, for instance.

We were inspired and enlightened by stories of former slaves who believed in African-Americans making things happen for themselves.

We have to transform the mindset of black youth to assume self-responsibility and thus to believe in themselves and the power they hold to turn their lives around.

Looking at the so-called middle class today, one cannot help but see former young blacks who started in the rural areas and townships but knew that they did not have to end there.

As a people who have defeated the most inhumane and brutal system on earth, that is, apartheid, we know that nothing can stop us.

The youth must be taught to embrace the triumphant spirit of resilience. Their future is in their own hands. They must be victors not victims!

In a country where Steve Biko died fighting to reinstate self-confidence and determination among black youth, we cannot allow a situation where the youth resign themselves to a victim mentality.

Black Consciousness is an existential philosophy that teaches us that everything that happens in our lives is a direct result of what we do or do not do. We get what we deserve. It does not help to expect the government to put things on the table.

Instead of protest marches, workshops and summits where youth rage at the machine, it is time we spent more time and energy to provide guidelines in how to be a success in life.

The time is now to speak more on some of the steps that will take the youth from being a victim to powerful beings who control their own destiny in life.

It will never be enough to define the fault lines that are the problems that we face, that everybody faces: dispossession and land loss, economic inequality and prejudice.

It is time we moved on to finding the solution and how mind power changes everything.